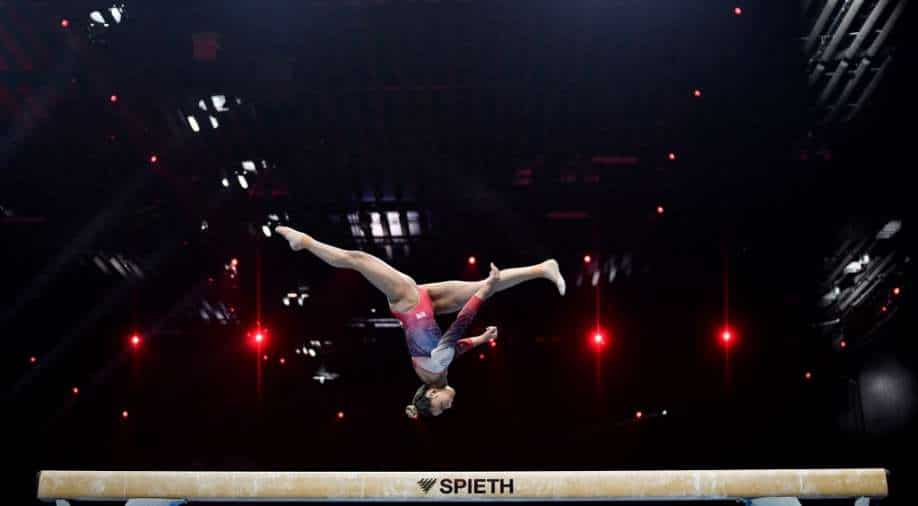 "One of the replacement athletes for the women's artistic gymnastics team received a positive COVID test on Sunday, July 18," USA Gymnastics said on Twitter.

A replacement in the US women's gymnastics team has tested positive for dreaded coronavirus. The news comes just days before the highly-anticipated Tokyo Olympics will kick off. As per the American Olympic officials, the gymnast tested positive while training for the games in Narita.

ALSO READ: Tokyo 2020: All you need to know about India's schedule in Olympics

"One of the replacement athletes for the women's artistic gymnastics team received a positive COVID test on Sunday, July 18," USA Gymnastics said on Twitter.

"In alignment with local rules and protocols, the athlete has been transferred to a hotel to quarantine. Out of respect for the individual’s privacy, we cannot provide more information at this time," the organization said in a statement.

"The entire delegation continues to be vigilant and will maintain strict protocols while they are in Tokyo," it added.

Earlier, two athletes tested positive for the coronavirus in the Tokyo Olympic Village after a team colleague was also infected on Sunday.

The Tokyo Games, which will be held largely behind closed doors to prevent infections, are unpopular in Japan where opinion polls have consistently demonstrated a lack of support.

Olympic officials have been at pains to play down the health risks of the Games, which are taking place in stringent anti-coronavirus conditions with athletes tested daily.

"Mingling and crossing of populations is very limited. We keep the risk to an absolute minimum level," Olympic Games executive director Christophe Dubi said on Sunday.

"We can ensure that transmission between the various groups is almost impossible."

Tokyo 2020 spokesman Masa Takaya said the three cases "were from the same country and sport". They are "isolated in their rooms and Tokyo 2020 is delivering meals to them", he said, adding that the rest of the team have also been tested. The team was not identified.