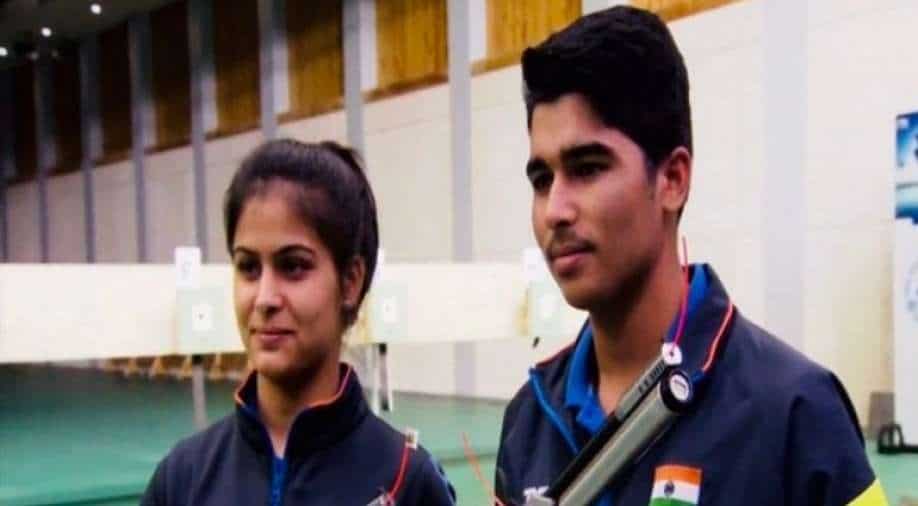 Earlier, the pair made a promising start after they progressed to Qualification stage 2 of the event

India's hopes of getting a medal in the shooting were dashed after Manu Bhaker and Saurabh Chaudhary failed to qualify for the 10m Air Pistol Mixed Team Qualification medal rounds as the Indian shooting contingent faced disappointment on July 27 (Tuesday) despite performing well in stage 1. They finished at the seventh spot.

The pair had a poor start in the stage two and shot a total of 380 in Qualification stage 2 which was not enough to qualify and progress further.

In the first series of Qualification stage 2, Saurabh shot a total of 96 while Manu shot 92 and they were positioned at eighth place by the end of series 1. In series two, Saurabh shot 98 while Bhaker finished with 94.

Also note that both Manu Bhaker and Saurabh Chaudhary have suffered heartbreaks in their respective individual categories.

Apart from Bhaker and Chaudhary, the other Indian pair of Yashaswini Deswal and Abhishek Verma however bowed out after finishing at the 17th spot.

10m Air Pistol mixed team of @realmanubhaker and @SChaudhary2002 finish qualification round 2 at 7th place with a score of 380.
Stay tuned for more #Tokyo2020 updates.#Cheer4India

In Qualification Stage 1, Saurabh finished his first series of 10-shots with a total score of 92 while Manu Bhaker's score after the first series read 97. In the second series, Saurabh and Manu shot 100 and 94 respectively. In the final series, the 19-year-old Saurabh shot 92 while Bhaker finished with a score of 95.