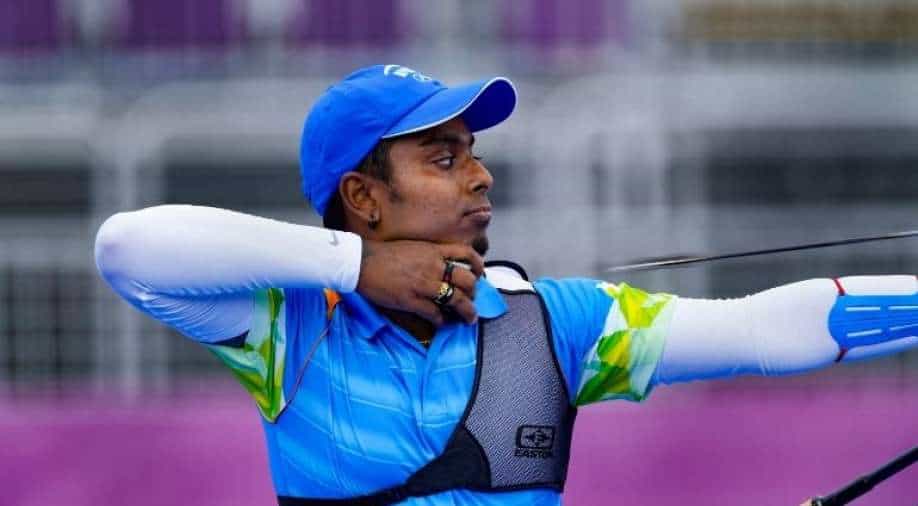 Das showed fine composure, drilling two 10s en route to taking the fourth set 28-27 but there was more drama in store as both tied the fourth set.

India's archery campaign at the Olympics ended without a medal after Atanu Das lost to home favourite Takaharu Furukawa 6-4 in an intense five-setter in the men's individual pre-quarterfinals here on Saturday.

Das failed to find a 10 in the fifth set and slipped to the red circle for an 8 that proved costly as Furukawa sealed the issue by a one-point margin in the decider.

Das was the lone archer in the fray after his world number one wife Deepika Kumari succumbed to a 0-6 rout by eventual gold medallist An San of Korea on Friday.

Two days after knocking out London Olympics gold medalist Oh Jin Hyek in the last-32 match, Das could not overcome the Japanese, a silver medallist in the 2012 Olympics, and a team bronze medallist here.

Das bounced back from a 1-3 deficit to level 3-3 as the duo went neck-and-neck in the fourth set before the local favourite sealed the issue in the fifth set by just one point (28-27).

Das shot twice in the red circle (8-8) in his last two arrows of the opening set to lose by two points (25-27). Starting off with a 10, Das gained control but the Japanese too matched him, shooting an identical 28-28 to split the second set with the Indian trailing 1-3.

Das showed fine composure, drilling two 10s en route to taking the fourth set 28-27 but there was more drama in store as both tied the fourth set.