Tiger struggles with back issues but makes Memorial cut 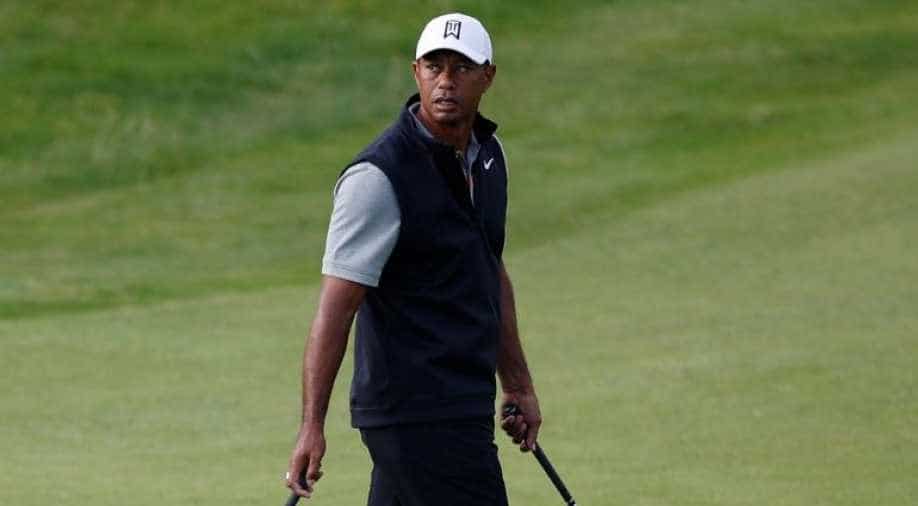 Reigning Masters champion Tiger Woods struggled with back issues on his way to a four-over par 76 on Friday, but avoided missing the cut at the Memorial tournament for the first time.

Reigning Masters champion Tiger Woods struggled with back issues on his way to a four-over par 76 on Friday, but avoided missing the cut at the Memorial tournament for the first time.

The 44-year-old superstar, playing his first PGA event since February after a tour shutdown in March over the coronavirus pandemic, had never missed the cut in 17 prior starts at Muirfield Village in Dublin, Ohio.

But the 15-time major winner, whose total ranks second only to the 18 won by Memorial host Jack Nicklaus, made five bogeys and a double-bogey against three birdies in round two after an opening 71 on Thursday and had a long afternoon wait to know that record would remain intact.

"Not very good," Woods said. "I 3-putted two holes early. Whatever momentum I was going to create, I stifled that early and struggled the rest of the day."

Woods said his back began bothering him when he was warming up before the round, noting, "It's going to happen more times than not these days."

His back, which like his knees has been surgically repaired multiple times, affected his swing, saying, "It was a bit of a struggle."

Woods had not played since February at Riviera and the back issues come with the year's first major in a COVID-19 shuffled schedule coming on August 6-9 at the PGA Championship at Harding Park in San Francisco.

Woods stood on three-over par 147 after 36 holes, just on the projected cut line as the last players teed off in the round.

Woods, who began Friday on the back nine, put his approach to three feet at the par-3 12th and made birdie, but missed a three-foot par putt at 13 and sent his first three shots into the rough on the way to a bogey at the par-5 15th.

World number 14 Woods found a fairway bunker and needed four shots to reach the green on his way to a bogey at 17 then made a double bogey at the first to begin his second nine of the day.

Bogeys at the par-4 second and sixth holes followed before Woods bounced back with birdies at the par-5 seventh and par-3 eighth. But he needed three shots to reach the green and a seven-foot putt to salvage par at the last -- enough to make the halfway cut on the number at 3-over par.