Throwback: Yuvraj Singh smashed 6 sixes in one over against England on this day in 2007 - Watch 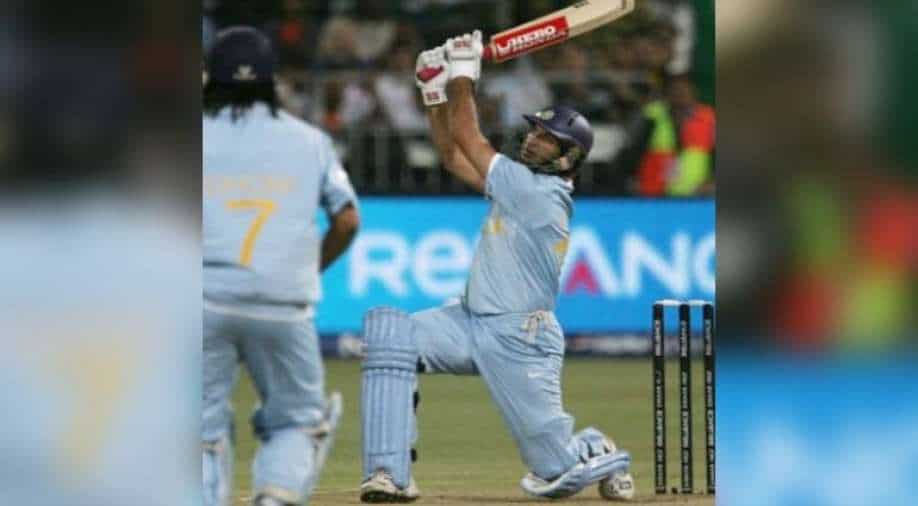 Yuvraj had an altercation with Andrew Flintoff, which was caught in the on-field cameras and he had once revealed what Flintoff had exactly

Yes, time flies! It's been 14 years when India's star batsman Yuvraj Singh scripted history by slamming six sixes in a row against England in the first-ever T20I World Cup in 2007.

Registering his name in the history books, the left-hander then became the first Indian batsman and second overall after South Africa's Herschelle Gibbs to achieve the feat in international cricket.

Just before the Stuart Broad, Yuvraj had an altercation with Andrew Flintoff, which was caught in the on-field cameras. Yuvraj had once revealed what Flintoff had exactly.

Yuvi revealed in the 22 Yarns podcast, "I remember I hit two good boundaries off Flintoff which he obviously didn't like. He said something to me and I said something back. It was quite a serious fight at that time. The umpires also came in. I just felt like I wanted to hit every ball out of the park."

Look out in the crowd!

On this day in 2007, @YUVSTRONG12 made #T20WorldCup history, belting six sixes in an over 💥 pic.twitter.com/Bgo9FxFBq6

"Luckily, the first ball I hit (off Broad) went out of the park. The second ball I hit went into the crowd. The third ball I hit over point, where I hadn't even hit a boundary in my career. Collingwood came and told Broad to keep bowling yorkers to me outside off-stump because the off-side was big.

"But Broad thought of bowling into my legs. So when he decided to do that, I knew he was in trouble. The fifth ball hit the toe of my bat, it was a small boundary that went over Flintoff. The sixth ball I knew he has to bowl a yorker. So I was ready to hit it straight and it was in my arc,” said Yuvraj.

“My first look was to Flintoff, giving him a cheeky smile. My second look was to Dimitri Mascarenhas sort of telling him that the scores are settled and then obviously I did a fist pump with Dhoni. It actually didn’t register to me that I had hit six sixes. For me, it was all about settling the scores with England," he further said.

What happened during the match:

India had won the toss and opted to bat first. Yuvraj came out to bat when Robin Uthappa's wicket fell and he provided the late flourish allowing India to post 218 runs on the board. India went on to win the match against England by 18 runs.

It was in the 19th over of India's innings, when Yuvraj took Broad to the cleaners, hitting him for 6 sixes and taking India's total over the 200-run mark.

The Men in Blue were able to win the inaugural ICC T20 World Cup in 2007 and Yuvraj was a vital player for the team in the tournament.