'There is no clarity': Former India cricketer baffled by Panchal's selection over Easwaran for SA Test series 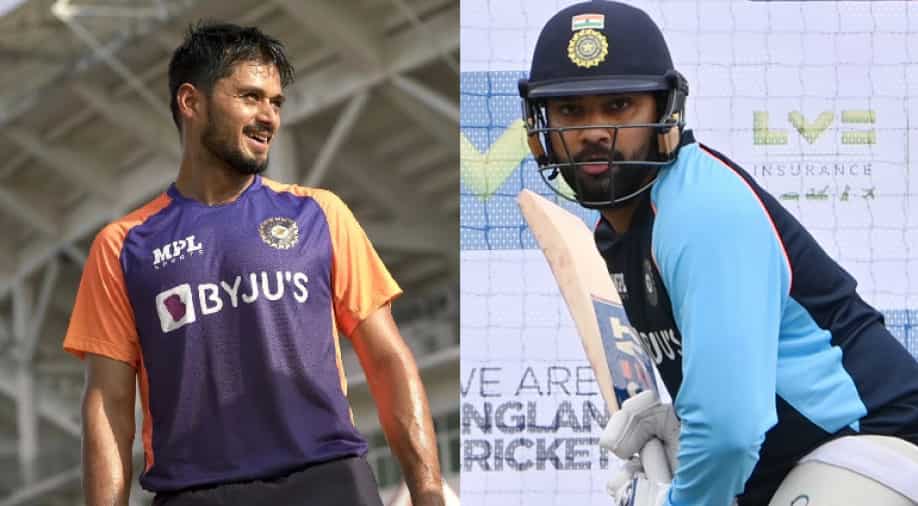 Priyank Panchal has been selected to replace Rohit Sharma in Test squad. | Photo - Instagram/AFP | Photograph:( Others )

The Board of Control for Cricket in India (BCCI) on Monday (November 13) confirmed Rohit Sharma will miss the upcoming three-match Test series against South Africa after a hamstring injury. Rohit pulled his left hamstring while training in Mumbai and has been replaced by India A batter Priyank Panchal, who recently led the India A team on their tour of South Africa.

Rohit's absence will be a huge blow for team India in the Test series which is set to get underway from December 26 in Centurion. The three-match Test series will be followed by as many ODIs against the Proteas. Reacting to Panchal's selection as Rohit's replacement for the SA Test series, former India cricketer and popular commentator Aakash Chopra said he was quite surprised.

Chopra was left baffled to see Panchal getting the nod ahead of Abhimanyu Easwaran, who was part of India's squad for the England tour earlier this year but didn't get a chance as Rohit opened the batting with Shubman Gill.  Chopra said he is failing to understand the selection process as there is no clarity.

"Abhimanyu Easwaran had gone to England. He was a part of the Indian team and was kept as the backup opener. But now he is not the backup opener. It is like Akkad bakkad bambe bo - that's the feeling that you get because there is no clarity," said the former India cricketer in a video on his YouTube channel.

"There is a twist in the story, that begs a question to be asked that what is happening in this world? Now it seems Priyank Panchal is the backup opener, which is surprising," he added.

Easwaran was India's second-highest run-getter behind Hanuma Vihari with 205 runs from three matches against South Africa A on the team's recent tour. However, he has been pipped by Panchal, who Chopra believes is not a bad choice but his selection is unfair on Easwaran.