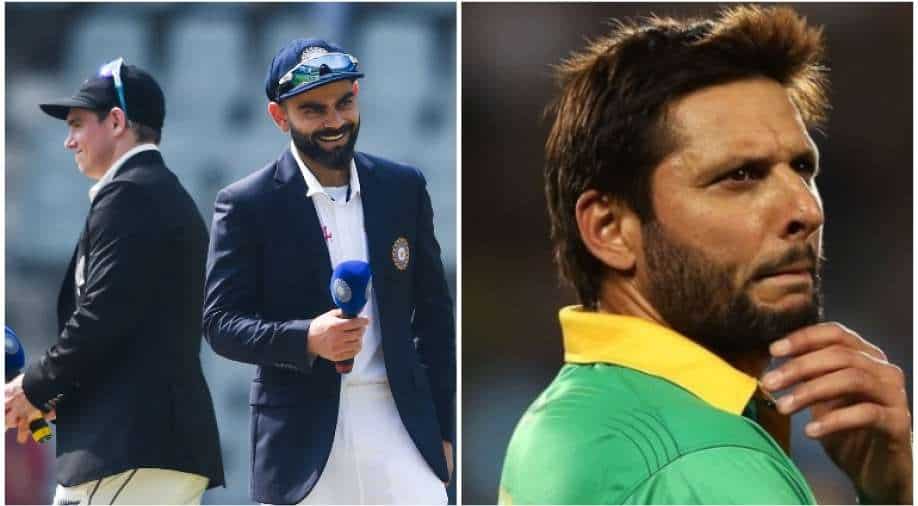 Virat Kohli announced on January 15 that he is stepping down as Team India's Test captain. Shahid Afridi has now reacted to his resignation. Here's what he said:

Virat Kohli, on January 15, announced his decision to step aside as the Indian Test captain. The 33-year-old stunned one and all with his sudden decision, which came only a day after India's three-match Test series loss to hosts Dean Elgar-led South Africa.

ALSO READ | You will always be my captain, King: Siraj gets emotional, shares heartfelt post for 'superhero' Virat Kohli

Kohli's decision shocked the entire cricketing fraternity. Under him, India rose to the No. 1 rankings and ended at the top spot for five consecutive years in ICC's rankings after annual updates. Kohli led India to their maiden Test series win on Australian soil, an unassailable 2-1 lead over England in the incomplete five Tests in the United Kingdom, plenty of wins at home and the final of the inaugural ICC WTC cycle.

As many former cricketers and experts of the game have reacted to Kohli's latest revelation, former Pakistan captain and all-rounder Shahid Afridi also joined the bandwagon.

"It's fine in my opinion. Virat has played enough cricket and led the team well. And I believe this is the correct decision. There comes a stage where you can't handle pressure, and because of it, your own performances get affected. So, I think he has captained for a long time and at a great level. As a batsman, it's time he enjoys his cricket," Afridi said on the show ‘Game Set Match’ on Samaa

ALSO READ | I am not here to give a judgment: Jasprit Bumrah reacts to Virat Kohli quitting as Test captain

Kohli had already stepped aside as the T20I captain, post the World Cup in the UAE last year, and was removed as the ODI captain in late 2021. He will now shift his focus to return to his very best as a batter -- having not scored an international ton since late 2019 -- in India's upcoming assignments.

Currently, KL Rahul-led India are gearing up for the three ODIs versus South Africa, in the African nation, which gets underway on January 19 at Paarl. Limited-overs captain Rohit Sharma has been ruled out due to hamstring injury.