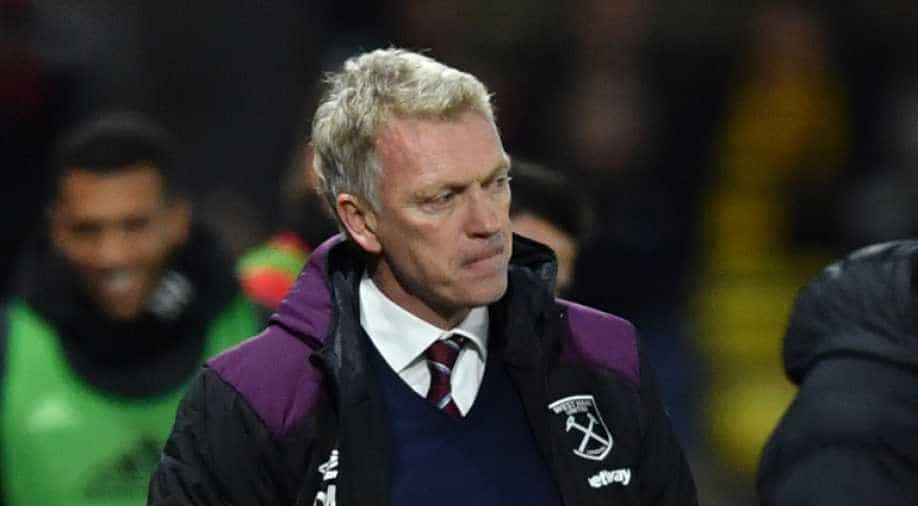 Tension is mounting at the bottom of the Premier League as the fight to avoid relegation heads towards a dramatic conclusion. With just five games left, rock bottom Norwich are seven points from safety and are sliding towards the Championship.

Tension is mounting at the bottom of the Premier League as the fight to avoid relegation heads towards a dramatic conclusion.

With just five games left, rock bottom Norwich are seven points from safety and are sliding towards the Championship.

Bournemouth and Aston Villa, who currently fill the remaining two places in the relegation zone, are locked in a four-team battle for survival with fellow strugglers Watford and West Ham.

AFP Sport takes a closer look at the teams scrapping to preserve their top-flight status:

Thrashed 5-2 at Manchester United on Saturday, Eddie Howe's side are in free-fall after an eight-game winless run featuring five successive defeats.

The second bottom Cherries, one point from safety, face Tottenham, Leicester and Manchester City in their next three games.

That sequence that will surely determine whether Bournemouth can extend their five-season stay in the top-flight for another year.

Bournemouth's lack of goals has been a huge part of their downfall, with the starting line-up at Old Trafford managing just eight between them so far this season.

"Games are running out. If we're going to stay in the division, we're going to have to start picking up points," Bournemouth winger Junior Stanislas said.

"We'll have no excuses. We can't keep talking. It's time for action.

"There's no reason why from now until the end of the season we can't pick points up."

A wretched run of nine matches without a win has left third bottom Villa one point from safety.

But Dean Smith's side have lost three of their five games since the restart and still have to face Manchester United and Arsenal before a potential final-day shootout with West Ham.

They could count themselves unfortunate not to have secured what would have been a point at Anfield in Sunday's 2-0 defeat against champions Liverpool.

That obdurate display offered hope that Villa could still avoid an immediate return to the Championship, but Smith knows they will have to be more ruthless to achieve that aim.

"I don't want to be a valiant loser, we're scrapping for points," Smith said.

"To out-shoot Liverpool at home at Anfield, in terms of efforts on goal, it's excellent, but we need to take our opportunities. We never found the quality in the final third they did."

Saturday's 3-0 drubbing at Chelsea condemned Watford to a third consecutive loss, leaving them perilously positioned one point above the bottom three.

Nigel Pearson's fourth bottom team have not won just their stunning 3-0 success against Liverpool on February 29.

After five years in the top-flight, the Hornets, who face Manchester City and Arsenal in their last two games, could find their fate settled by Tuesday's home clash with Norwich and a visit to West Ham on July 17.

"The important thing is we understand our situation, that we don't fear it," said Pearson, whose men have managed just two goals in their last five games.

"We need to show fighting spirit, and we also need to have the ability to still make good decisions."

Sitting four clear of the relegation zone in 16th place, West Ham are in the best position to stay up thanks to their surprise 3-2 win over Chelsea last week.

Twice blowing the lead in Sunday's 2-2 draw at Newcastle was a setback in their survival bid, but David Moyes' side have control of their own destiny.

West Ham have now lost 24 points from winning positions in the Premier League this season, more than any other side.

But with games against Norwich, Watford and Aston Villa to come, their forward Michail Antonio is confident of beating the drop.

"The mindset for our next few games is that we want three points from each of them, and that's what we believe we can get," said Antonio, whose club have not been in the Championship since 2012.

"Now we've managed to show our attacking form and we are scoring goals, we need to shore up our back as well."