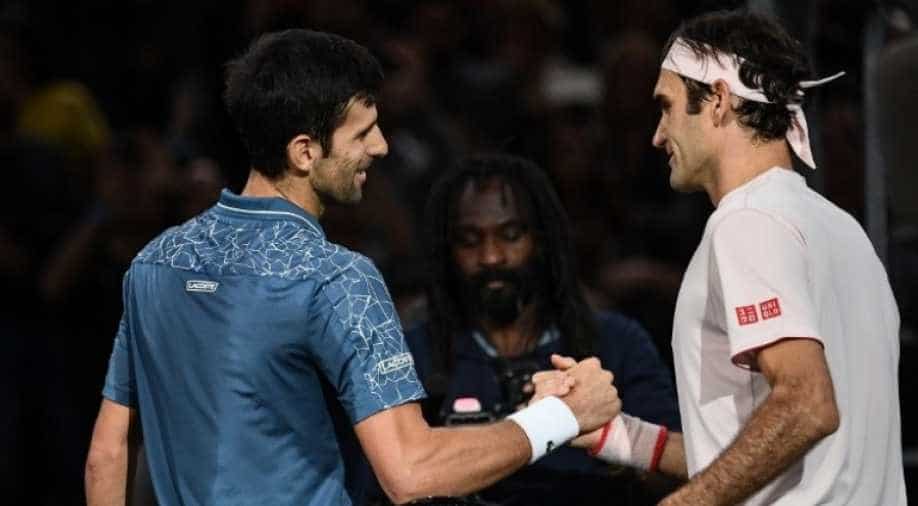 World number one Novak Djokovic said that he might consider skipping the Tokyo Olympics. Roger Federer also sounded less than sure.

World number one Novak Djokovic said on Monday that he might consider skipping the Tokyo Olympics if the two-week sporting festival takes place without spectators.

Roger Federer also sounded less than sure if he would compete in Tokyo, following his return to Grand Slam action at the French Open on Monday.

Foreign visitors have already been banned and organizers are expected to make a decision next month on whether Japanese fans will be able to attend the Games, set to run between July 23 and Aug. 8., and under what conditions.

"I'm planning to play the Olympic Games for now. As I heard, there's going to be some crowd, local crowd from Japan only. As I understand, 20%, 30% of the capacity," Djokovic told reporters on the eve of his 2021 French Open debut.

"If they change something, if there's not going to be any crowd, then I'll consider if I want to go or not. Right now I am planning to go, and I'm very excited about that."

Federer, for whom an Olympic singles gold has remained elusive, said he was waiting to see how things develop.

"I don't know, I feel two ways. I would love to play. I wish things were better around the world that we wouldn't even have to debate the thought of is it going to happen, am I going to play or not?" he told reporters after beating Denis Istomin in the first round.

"My wish and hope and dream is that I can play it. But it needs to make sense for me, my team, my family, my country. I'm still waiting to see how things are going to develop in the next couple of weeks and months."

Russian Daniil Medvedev, the world number two, sounded upbeat about playing at the Olympics for the first time.

"It's going to be my first Olympic Games. We have a great team so we can do some doubles, mixed doubles, everything," he said. "Going to be an amazing experience. Of course, with COVID maybe it's not going to be the same as every year."