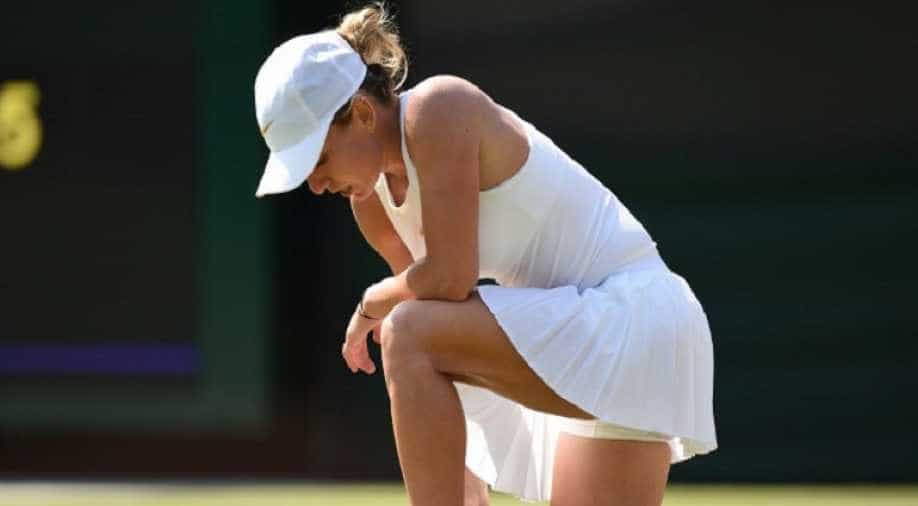 While Halep said she would not recover from a calf injury in time, Wawrinka underwent foot surgery that would rule him out of the Games, which begin on July 23 after being delayed by a year due to the COVID-19 pandemic.

"Nothing brings me more pride than representing Romania, but sadly the recovery from my calf injury requires more time and I have made the decision to withdraw from the Olympic Games this summer," Halep tweeted.

In May, the 29-year-old exited a claycourt event in Rome after picking up the injury during her second-round match against Angelique Kerber and was subsequently forced to miss the French Open and Wimbledon.

"After the disappointment of missing the French Open and Wimbledon having to skip the Olympics is incredibly tough to digest, but I am determined to come back stronger," she added.

Halep suffered an opening-round loss at the London Olympics in 2012 and skipped the 2016 Rio Games due to concerns over the Zika virus.

Former world number three Wawrinka, 36, underwent an operation on his left foot earlier this year and has not played on the tour since his opening round defeat by Lloyd Harris at the Qatar Open in March.

He underwent an additional procedure on the same foot to correct a small niggle, which will rule him out of the Olympics, Wawrinka's team said in a statement.

Wawrinka, who is currently ranked 30th, won a gold medal in doubles with Roger Federer at the 2008 Beijing Games.

"His team of doctors is extremely confident that they have now resolved the issue and that he will return to full fitness in the near future," the statement added.

"He is very disappointed not to be able to play in the Games and represent Switzerland in Tokyo, but he is already working hard on his recovery and towards his goal of getting back on the court as soon as possible."