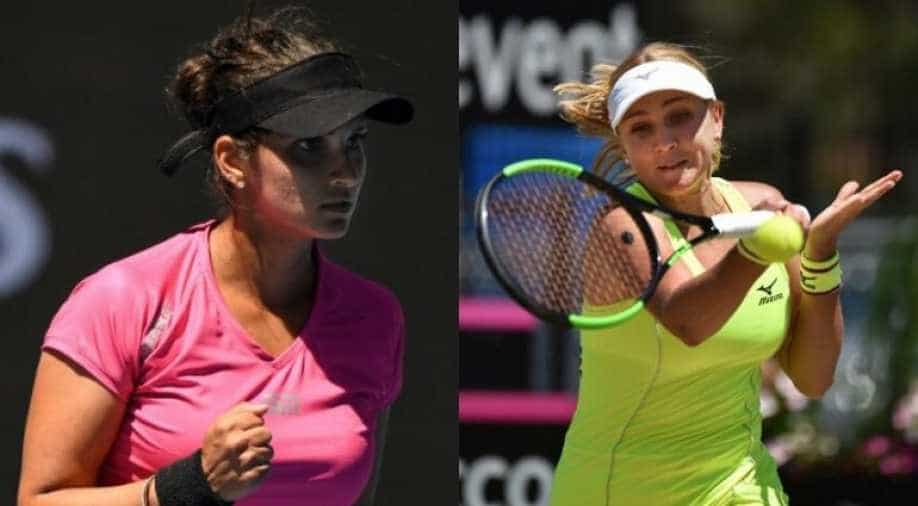 The match against the Czech-Slovenian duo lasted in 1 hour and 33 minutes.

Indian tennis player Sania Mirza and her Ukrainian partner Nadiia Kichenok have progressed into the finals in Hobart Internationals on Friday.

The two staged a comeback against Marie Bouzkova and Tamara Zidansek after trailing in the first set. They won 7-6 first and carried on their momentum to dominatingly beat them 6-2 in the second game.  The match against the Czech-Slovenian duo lasted in 1 hour and 33 minutes.

On Thursday, Sania and Nadiia beat the American pair Vania King and Christina McHale 6-2, 4-6 and 10-4 in the quarters.

The 33-year-old Sania is returning to WTA after a break of two years. She battled injuries before taking a break in April 2018 to give birth to her child Izhaan. She is married to Pakistani cricketer Shoaib Malik.

Sania previously was a part of the China Open that was played in October 2017. She has won a total of six Grand Slam titles including Wimbledon women's doubles in 2015. She bid adieu from the singles competition in 2013.

She is India's most successful Indian woman tennis player. She was a former World No 1 in women's doubles and currently ranks at No 5. She attained her career-high of rank number 27 in the WTA singles chart.