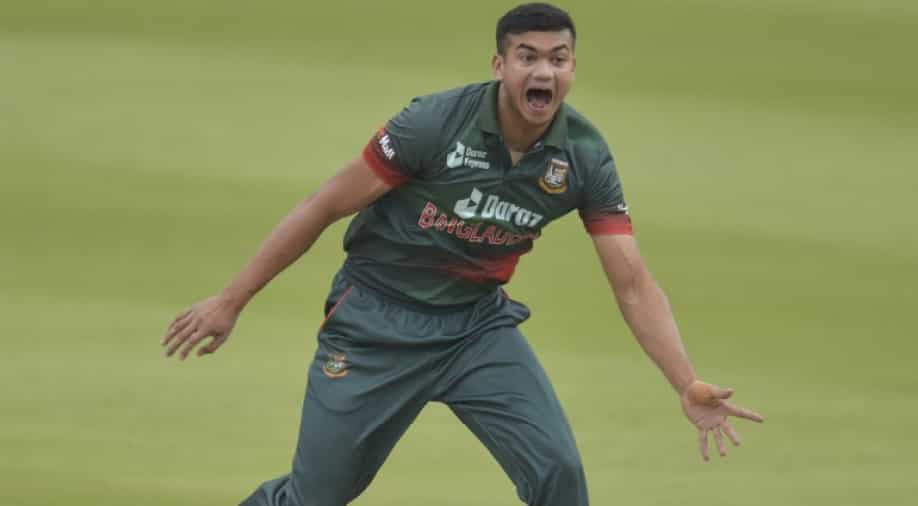 Bangladesh pacer Taskin Ahmed has declined the offer to play for Lucknow Super Giants in the upcoming IPL 2022 after being refused a NOC by the Bangladesh Cricket Board.

Lucknow Super Giants were looking to sign Bangladesh pacer Taskin Ahmed as a replacement for injured Mark Wood ahead of the start of the Indian Premier League (IPL) 2022. However, the franchise will not be able to rope in the fast bowler as the Bangladesh Cricket Board has refused to grant him a No-Objection Certificate to take part in the tournament.

Lucknow Super Giants had approached Taskin with an offer to play in the IPL 2022 given that he is available for the franchise throughout the season and will miss the two-match Test series against South Africa which is all set to get underway from March 31. Bangladesh are currently touring South Africa and Taskin is with the squad on the tour.

Lucknow Super Giants had contacted the Bangladesh Cricket Board to explore the possibility of signing Taskin as Wood's replacement. However, the board is not ready to provide a NOC to the fast bowler. A BCB official confirmed the same on Monday (March 21) and said Taskin has already informed the Lucknow franchise that he is declining the offer due to international commitments.

Also Read: 'It was a tough call': KL Rahul explains why he decided to leave Punjab Kings ahead of IPL 2022

''Since we have two important series like the ongoing home tour of South Africa and the home series against India, we feel it won't be right for him to take part in the IPL,'' BCB cricket operations chairman Jalal Yunus told reporters on Monday.

''We have spoken with Taskin and he has understood the whole situation. He informed the franchise that he is not playing the IPL and will be available for the South Africa tour and later will return back home," he added.

Lucknow Super Giants had shelled out a whopping Rs 7.5 crore at the IPL 2022 mega auction last month to rope in England pacer Mark Wood ahead of the new season. However, Wood has been ruled out of the tournament due to an injury, leaving Lucknow panicking for a replacement as the tournament approaches.

Lucknow Super Giants will open their IPL 2022 campaign against fellow debutants Gujarat Titans on March 28 before taking on Chennai Super Kings in their next game on March 31.