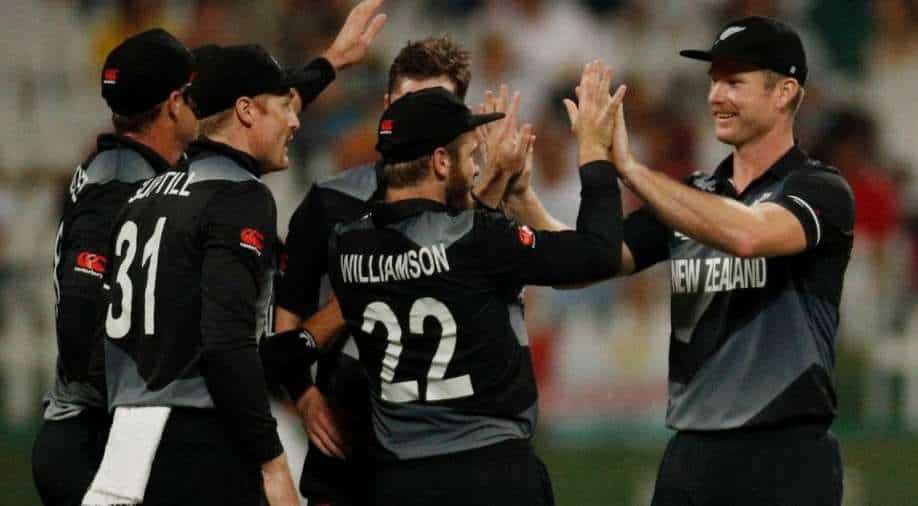 New Zealand reached the final of ICC Men's T20 World Cup 2021 after defeating England in the first semi-final of the tournament by five wickets on Wednesday (November 10) at the Sheikh Zayed Stadium in Abu Dhabi. New Zealand will now face the winner of the second semi-final clash scheduled on Thursday between Australia and Pakistan.

Chasing a mammoth target, New Zealand were off to a shaky start but Daryl Mitchell smashed an unbeaten 72 as New Zealand chased the target with an over to spare.

After the match, NZ skipper Kane Williamson said, "T20 cricket - it's a game of small margins. Depending on the surface, the short side - these things can be match-defining."

He praised Mitchell's stunning knock as he said, "Definitely something that stood out today (Mitchell's character). Has batted beautifully in a high pressure situation. Fantastic knock from Daryll, hit the big shots when it counted."

In the first innings, Moeen Ali smashed an unbeaten 51 to steer England to a challenging 166 for four. England lost their openers including Jos Buttler for 29, lbw off Ish Sodhi, after being invited to bat first as Kiwi skipper Kane Williamson won an all-important toss in Abu Dhabi.

But Moeen hit back with his 37-ball knock and put on a key partnership of 63 with Dawid Malan, who hit 41, for the third wicket. Pace bowlers Tim Southee and Trent Boult kept a tight leash in the first three overs before Buttler smashed two successive boundaries.

Jonny Bairstow also got a couple of fours but did not look comfortable after being promoted to open in place of the injured Jason Roy. Adam Milne replaced fellow quick Boult from one end to break through as he got Bairstow out for 13 off 17 balls with Williamson taking a sharp catch at mid-off.

In-form Buttler tried to rebuild but an attempt to reverse sweep leg-spinner Ish Sodhi got him trapped lbw for 29 off 24 deliveries. The left-handed Malan, who was dropped on 10 by wicketkeeper Devon Conway off Jimmy Neesham, hit the first six of the innings off Southee in the 16th over but departed the next ball caught behind.

But Moeen launched an attack as he hit Sodhi for a six and then smashed Milne for two hits over the fence. Liam Livingstone hit 17 off 10 balls before departing and Moeen completed his first fifty of the tournament with a boundary off Neesham.