T20 World Cup: Australia had to be aggressive against Bangladesh, says Adam Zampa 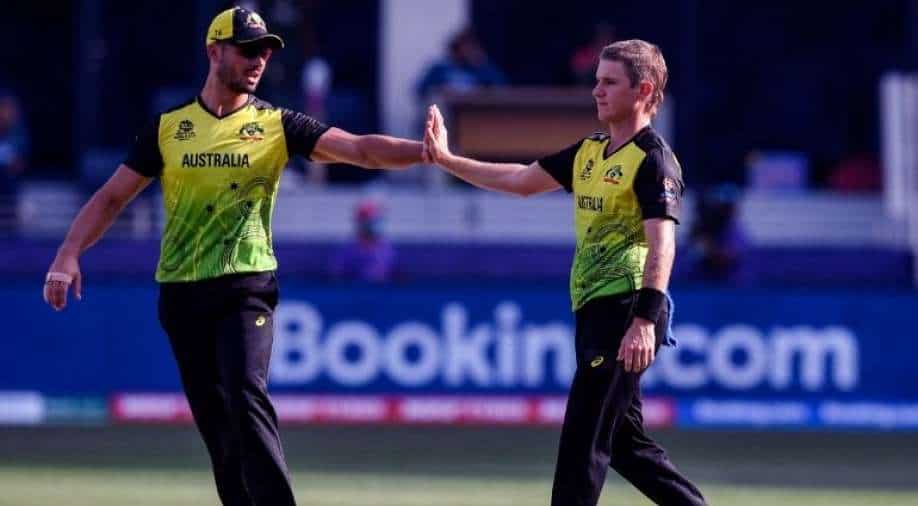 Adam Zampa took five for 19 to claim his first five-wicket haul in any format for Australia.

Knowing net run-rate may be a decisive factor in Australia`s qualification for the semi-finals of the ICC men`s T20 World Cup 2021, spinner Adam Zampa revealed they had to be aggressive from the start.

Zampa took his maiden five-wicket haul for Australia as Bangladesh were bowled out for 73, with Shamim Hossain top-scoring making 19.

In reply, Australia chased down the total easily, skipper Aaron Finch scored 40 off 20 as they reached their target in just 6.2 overs, knowing anything below 8.1 overs would see them move above South Africa into second in Group 1.

"Obviously we wanted to come out really aggressive, we did have some, interesting memories of the last time we played Bangladesh and that was in our minds a little bit," Zampa said in an ICC release.

"We have a little bit of a different team, we have some really fast bowlers and we wanted to be aggressive early."

"We know that if we give a team like Bangladesh a little sniff or a little chance, they`ll take it. They are a really talented team, they have some really talented players, but they have a pretty big absence in Shakib [Al Hasan] so we tried to be aggressive and go from there," he added.

Bangladesh had secured their first series win over Australia, beating them 4-1 in a home T20I series in the summer, with Zampa taking five wickets across the series.

In Dubai, Zampa took five for 19 to claim his first five-wicket haul in any format for Australia, but he was quick to deflect any praise.

The spinner said: "You look at cricket as a results-based game you see the five wickets, but it wasn`t the best I`ve bowled."But you look at it in terms of the situation of our World Cup and how important the win was, it feels really good to be able to contribute.

"Obviously to bowl them out for 70-odd runs and get the runs so quick it gets us up to second on the ladder so satisfying and a really important one for us," Zampa signed off.