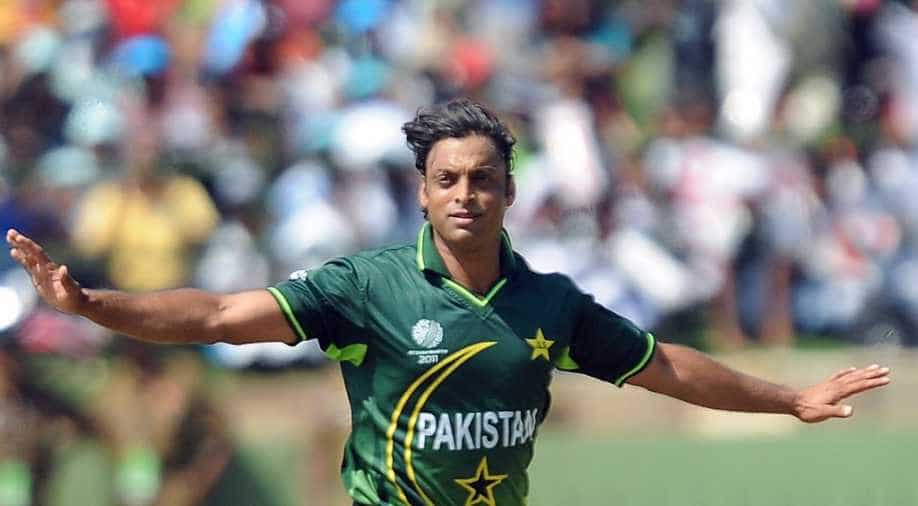 Rawalpindi Express Shoaib Akhtar was labelled as 'rude' by a tv anchor and asked to leave. Now, the former speedster has issued a statement on Twitter.

Shoaib Akhtar got involved in a controversy during the T20 World Cup 2021 edition's face-off between Pakistan and New Zealand, at Sharjah Cricket Stadium, Sharjah on Tuesday evening (October 26). Being a part of a panel discussion on PTV News, hosted by Nauman Niaz, the Rawalpindi Express was asked to leave by the popular Pakistani journalist; leaving the other panellists -- such as Vivian Richards, Sana Mir, etc. -- in a state of shock.

Akhtar was speaking about the intense clash, where Kiwis struggled and were restricted to 134-8 to lose the contest by 5 wickets to Babar Azam-led Men in Green. The former cricketer's way of putting forward his views were labelled as 'rude' by Niaz, who asked him to leave and 'feel free to go' if he wants to. The video of the discussion has gone viral in no time on social media platforms. Here's the video:

Dr Nauman Niaz vs Shoaib Akhtar . . Who was at fault here? pic.twitter.com/fineugxrQF

Akhtar, as a result, has retorted to the claims and shared his side of the story. In a video shared by the former speedster on his official Twitter handle, the ex-pacer tweeted, "Multiple clips are circulating on social media so I thought I should clarify. dr noman was abnoxious (sic) and rude wen he asked me to leave the show."

"It was embarrassing specially wen u have legends like sir Vivian Richards and David gower sitting on the set with some of my contemporaries and seniors and millions watching. I tried to save everyone from embarrassment by saying I was pulling dr nomans leg with this mutual understanding that dr noman will also politely apologise and we will move on with the show ,which he refused to do. Then I had no other choice,” he added further.

Nauman Niaz, on the other hand, also shared his take. Here's how it all panned out:

Multiple clips are circulating on social media so I thought I shud clarify. pic.twitter.com/ob8cnbvf90

I wonder why one has to be reminded @shoaib100mph is a star. He has been the best of the best, he shall always be. He has brought laurels to the country is undeniable. One side of the story always attracts nonetheless having been friends for ages I’ll always wish him the best.

The matter escalated when the host asked him to comment on Pakistan's run-chase versus the Black Caps. To this, Akhtar preferred to talk about Haris Rauf and lauded the Pakistan Super League (PSL), Lahore Qalandars and its coach, Aaqib for discovering the pacer and backing him relentlessly. The news anchor, however, didn't seem impressed and said, "You're being a little rude and I don't want to say this, but if you're being over smart, you can go. I am saying this on air."

After a commercial break, things didn't die down as Akhtar demanded an apology from the anchor, who stood his ground. This prompted the ex-pacer to leave the show by saying, "My apologies for this but I am resigning immediately from PTV sports as I have been insulted and treated badly on live television in front of the nation."