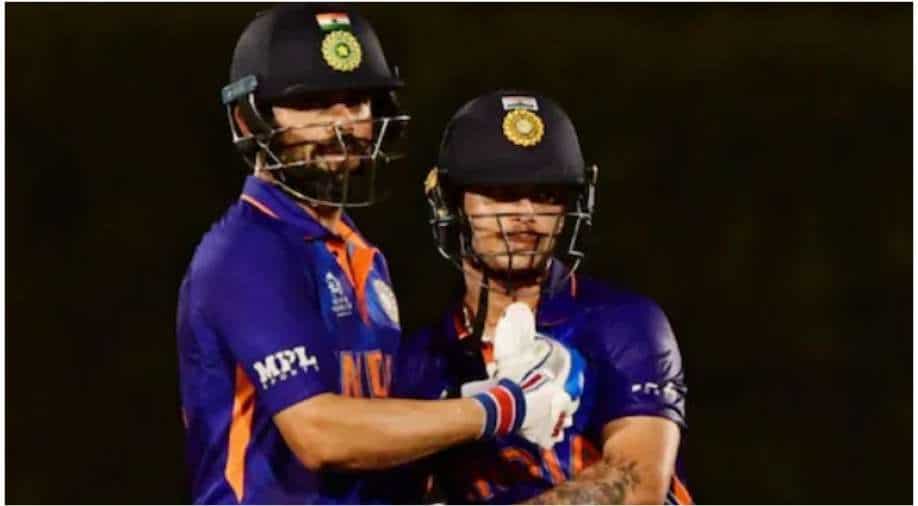 Following Ishan Kishan's sensational 46-ball 70, Salman Butt has suggested the batting position for the youngster in the T20 World Cup.

Ishan Kishan was given a chance at the top-order for Team India in their first warm-up fixture, ahead of the main draw of the T20 World Cup 2021 in the UAE. Virat Kohli-led India faced England in a warm-up encounter on Monday evening (October 18) and the swashbuckling left-hander, who didn't have a memorable IPL 14 for Mumbai Indians (MI), stunned one and all with his entertaining 46-ball 70 before he voluntarily walked off, retired hurt, to give others a chance in India's successful 189-run chase.

Ishan, who opened the innings with Rohit Sharma being rested, has added to India's selection woes as the team management have plenty to choose from. The left-hander's innings comprised 7 fours and 3 sixes, at 152.37, as he has made a strong statement to be in India's XI for their tournament-opener, versus Pakistan on October 24 at Dubai.

Ahead of the high-voltage Indo-Pak clash, former Pakistan captain Salman Butt has suggested where Ishan should bat in the mega event. He told on his Youtube channel, "Don't disturb the opening combination. Talk about the batting line-up after that. Rohit Sharma and KL Rahul will open and I don't think that will change. It could be possible that they use Ishan Kishan somewhere in the middle order or at one down or even bring him in after Kohli. That is because he is in form and can play anywhere.

“I haven't seen him struggling against the new ball or the spinners. So, these are very good signs. He played Moeen Ali very well and he hit Adil Rashid, who is a very good leg spinner, for a plenty. But today's highlight of India's batting, someone who batted extremely beautifully, was KL Rahul. It looked like he was facing the bowling machine. He was able to hit any ball anywhere and the best part was that all of them were correct shots. He is in dangerous form currently," opined Butt.

ALSO READ | 'We never give big statements': Virender Sehwag explains why Pakistan have failed to beat India in World Cups

It will be interesting to see if Ishan features in India's XI for their tournament-opener versus Babar Azam-led Men in Green. They have plenty of power-hitters to choose from, in the form of Suryakumar Yadav, Rishabh Pant, Hardik Pandya, Ravindra Jadeja, etc.

India are in Pool B along with Pakistan, New Zealand and Afghanistan whereas two more teams will join them from the qualifiers.