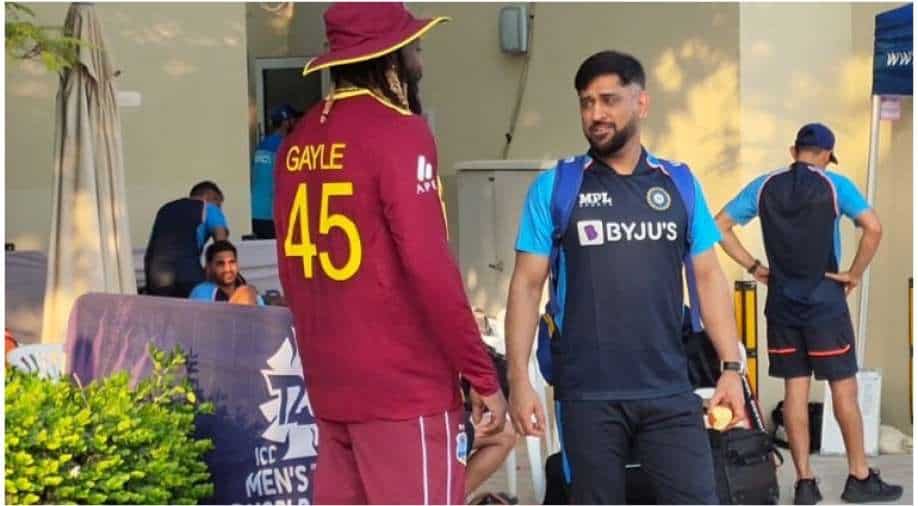 Former Indian captain MS Dhoni was named in India's T20 World Cup 2021 squad as the team mentor. The news went viral in no time as Team India fans were over the moon to know that the 40-year-old will join back the national side in a new role for the marquee event, being held in the UAE.

Ever since Dhoni took up the new role, post IPL 2021, images of the former wicketkeeper-batsman are going viral on social media, donning the Indian team's practice jersey for the showpiece event. On Friday evening (October 22), the Board of Control for Cricket in India (BCCI) shared a new image of Dhoni where he turned throwdown specialist for the Men in Blue at the nets, ahead of their tournament-opener versus Pakistan on October 24 (Sunday).

At the pre-tournament press conference, Captain Virat Kohli had opened up on having Dhoni as the team mentor and stated, "He makes a difference when he is in a leadership role in any team. Absolutely delighted to have him in the environment. He will certainly boost the morale of this team further."

"Such practical inputs and such intricate details of where the game is going and where we can improve. Massive experience. He is quite excited about getting back in this environment," Kohli further said.

It was under Dhoni's captaincy when India won the inaugural edition of the T20 WC, in 2007, in South Africa. Mentor Dhoni will like to help Kohli & Co. replicate the same this time around. Meanwhile, Kohli will also be eager to end his T20I captaincy tenure with an ICC title. He is set to resign as India's T20I captain post the mega event.