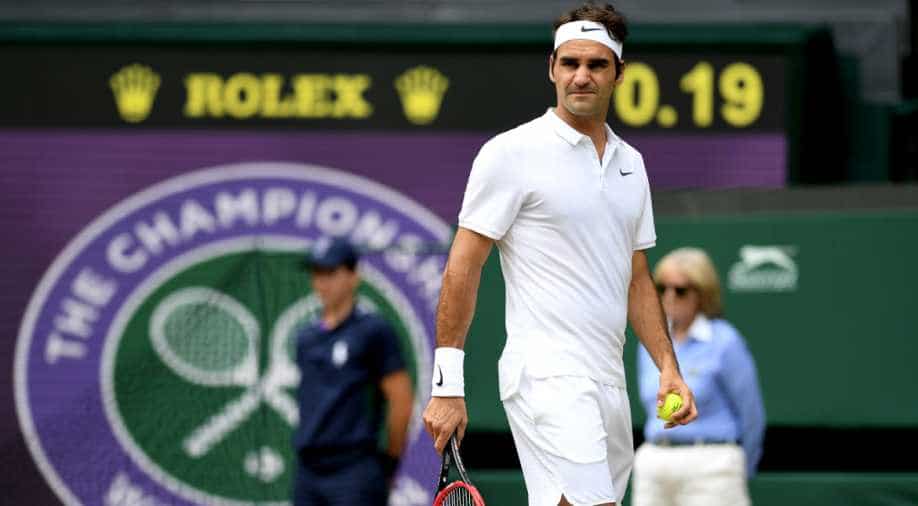 Federer hasn't won a Grand Slam singles title since Wimbledon in 2012, and with his injury, has slipped to No. 16 in the world rankings. Photograph:( Getty )

Swiss tennis ace Roger Federer took to Twitter to share his feelings after learning about the cancellation of London tournament.

Sporting events across the globe have come to a halt as the accelerated coronavirus outbreak continues. Its new victim is the Wimbledon Championship, the tennis Grand Slam is cancelled for the first time since World War II.

Also read: Wimbledon canceled for 1st time since WWII because of COVID-19 pandemic

Swiss tennis ace Roger Federer took to Twitter to share his feelings after learning about the cancellation of London tournament.

The tennis maestro was "devastated" after the news, as the 38-year-old is running out of options as his prolific career is on its later stages.

The All England Club announced after an emergency meeting that the event it refers to simply as The Championships is being scrapped for 2020. Wimbledon was scheduled to be played on the club's grass courts on the outskirts of London from June 29 to July 12.

The world number 4 will be expected to be in the tournament next year.  Many tennis tournaments such as the ATP tour and the French Open have been postponed.

Earlier, Roger Federer took to Twitter on Wednesday saying that he and his wife Mika have donated one million Swiss Francs to help the helpless families in Switzerland amid coronavirus pandemic.

One million Swiss Francs sums up to nearly Rs 7 crores, Federer donated this amount because "nobody should be left behind" during the crisis the world is facing