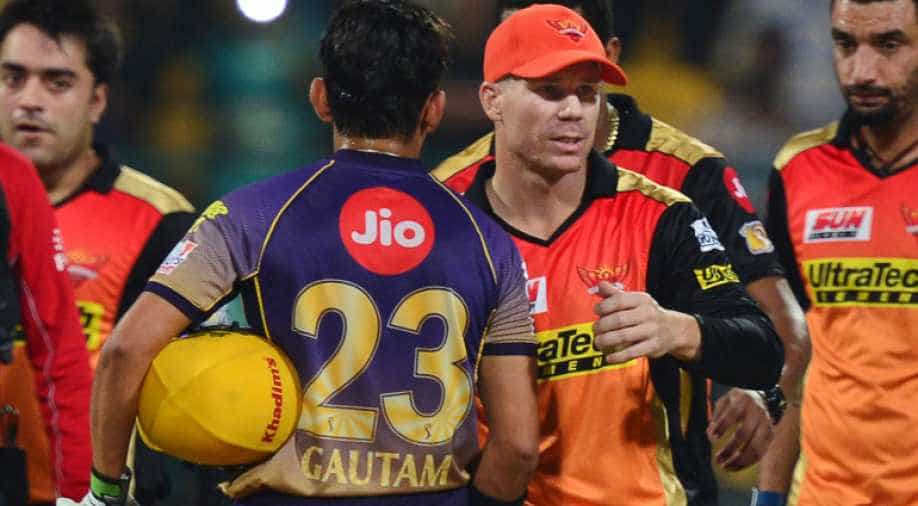 An unfortunate end to defending champions? inconsistent season. Though SRH failed to cross the knockout hurdle, they played some good cricket overall

Further, SRH found a new overseas bowling sensation in both seasons. If Mustafizur did the job for them last year, Rashid’s googlies bamboozled the best of batsmen in the ongoing league. Bhuvneshwar, Warner and Dhawan were consistent just like the previous season. The team had a good time playing at home, in fact better than the last year. However, the similarities end here, as the team bowed out of the tournament after losing Eliminator on Wednesday against Kolkata Knight Riders (KKR), the same side they had beaten in the same match last year before going on to win Qualifier 2 and eventually the final.

Home bullies falter in away games

In IPL 2016, SRH had won 7 of their 10 away games, thus having a 70 per cent success rate playing away from home. Being good away from home was a hallmark of their success last year. However, it came down drastically this year, with the team winning just 25 per cent of its away games: 2 out of 8. Although SRH had a better home season from last year (6 wins this year as compared to 4 in IPL 2016), the poor away record in IPL 2017 was one of the key factors behind their failure.

Unlike last year, SRH could not find a stable playing XI till their final game. The fact that they made as many as four changes for the Eliminator from their previous game underlies the issue. The likes of Kane Williamson, Vijay Shankar Mohammed Siraj and Mohammad Nabi did well in the limited chances they got. Giving them a longer run would probably have helped the franchise. But these players were shuffled far too often in order to find the right balance, which eventually never happened. Inconsistency in selection of playing XI, thus also hampered their prospects in IPL 2017.

Heavy reliance on a few individuals: One of the major reasons why SRH won the campaign last year was that they played as a single unit, with all players chipping in with vital contributions. This year, though, the team heavily relied on a couple of individuals in every department. Warner and Dhawan, just like last year, scored consistently. But barring them, none of them really stepped up. Yuvraj Singh was good in patches. Moises Henriques was good initially but lost his form as the tournament progressed. In-form Williamson was played in only half the games.

In bowling department as well, the story was not any different. Bhuvneshwar and Rashid excelled. Siddharth Kaul and Siraj did what they do best. But Ashish Nehra broke down once again, while an off-colour Mustafizur got just a solitary game. The dependency on a few individuals clearly hurt the side.

In the end, SRH would have been mighty disappointed with the way they bowed out of the tournament. Though they could only post a below-par 128 against KKR, a 20-over game would have given them a chance to defend it. They had enough firepower in their bowling arsenal to put up a fight, but a 6-over run chase was not fair to them. Had they been a little lucky yesterday night, a washed-out game would have put them into Qualifier 2.

Rashid, Kaul, Siraj and Vijay Shankar were the biggest positives for SRH this season. However, it is unlikely if they remain a part of the squad next year with a high possibility of all the players going in the auction pool.

Even though SRH failed to cross the knockout hurdle, they played some good cricket overall. They have a solid group of players at their disposal and their aim next year should be to retain the core group. It is not going to be easy, with a fresh auction taking place for all the teams. But building the same team will be their top agenda next year.

Sunrisers Hyderabad bowling coach Muttiah Muralitharan confirmed the same at the post-match press conference after Eliminator. “We had a very good season and we played well. However, unfortunately you need to go out sometimes when you are in the knockouts. Therefore, unfortunately this year is not our year. We will make sure if we can build the same team next year, comeback and fight for the trophy,” he said.

“Our batsmen batted well, the bowlers, who were picked in the auction, did well as well. Therefore, we are satisfied with our players along with our performance as well. We also won eight matches or something, while we just lost five matches, along with this loss. We won it last year, and that is not going to happen every time. Every team tries hard. Therefore, sometimes you win and sometimes you lose. We take it on the chin and say ‘Ok, it’s not our year’. I also congratulate all the players who played really well for us,” he added.

Given the performances SRH have put up over the last couple of seasons, there is no denying they will comeback harder next year and try even harder to win back the title.

(This story first appeared on cricketcountry.com)