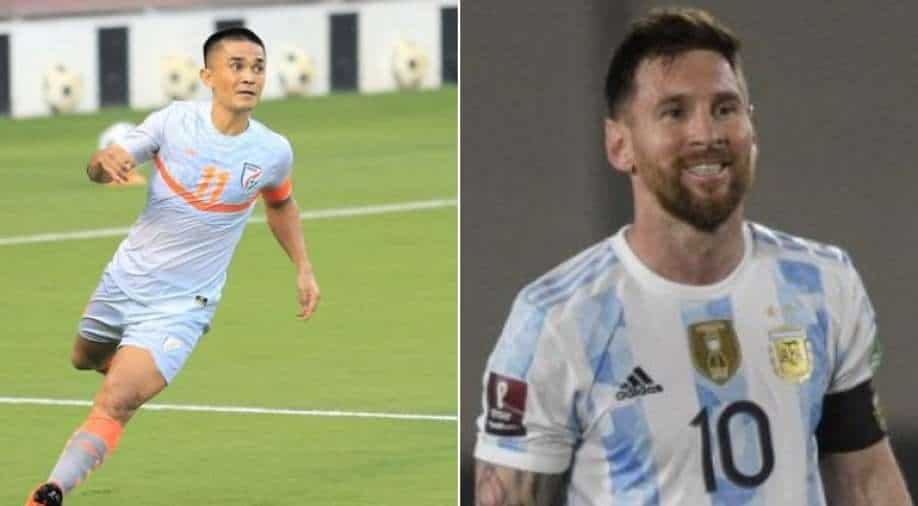 Indian football captain Sunil Chhetri equalled Lionel Messi with his 80th international strike against Nepal in the final clash of SAFF Championship on Saturday (October 16). During the match that India won 3-0 for a record eighth title, Chhetri opened the scoring in the second half for Blue Tigers. It was his fifth goal in as many outings during this campaign to finish at the top of the scoring chart.

India dominated possession in the first half but they failed to score any goal. However, captain Chhetri put India ahead minutes into the second half and even before Nepal could settle down, Suresh made it 2-0.

Sahal made it 3-0 when he tricked a few defenders after receiving the ball on the left flank at the stroke of the final whistle.

The final was the 12th for India in 13 editions, which also shows their domination in this regional tournament.

This is the Indian football team's first title triumph under head coach Igor Stimac, who faced criticism in recent times for his side's inability to win enough games.

Stimac also became the third foreign coach after Jiri Pesek (1993) and Stephen Constantine (2015) to clinch the title with the Indian team.