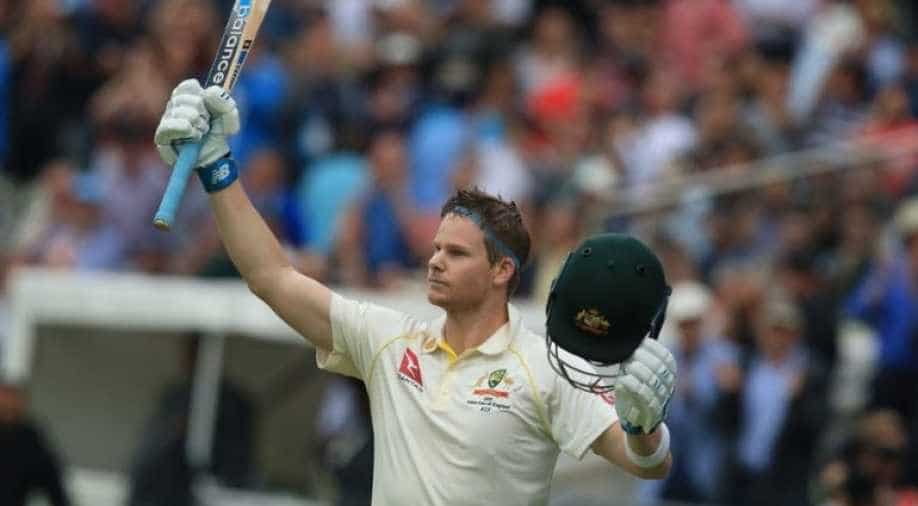 Steve Smith's father Peter Smith commented on his son's brilliant century that brought Australia back into the match after they were struggling at 122 for 8 at one stage against England during Ashes opener in Edgbaston.

Former Australian skipper is playing his first Test after returning from a year-long suspension for his involvement in the infamous ball-tampering scandal.

He smashed his 24th Test century and probably one of his most important but he was greeted with boos by the hostile English crowd.

But Smith's father praised the epic century and said was emotional watching him get his hundred.

"I must admit, to begin with, I had more trepidation than I probably ever have had, which was strange. Then it all unfolded and it became emotional. It was emotional watching him get his hundred. And I’m still quite a bit emotional about it," Steve Smith's father Peter Smith told The Daily Telegraph on Saturday.

"I think there was probably relief from his point of view, and you share it with him," he added.

"It’s been difficult but you just concentrate on what you can control. You can’t do anything else. There’s no point," he said.

"You work on what you can control, what you can do to help. Putting balls in the ball machine, things like that. You have to work on that only and that’s what we did. Worked on what we could control."

On being asked about whether the Edgbaston ton has been one of Smith's best, he replied, "I think the innings he played in Brisbane at the beginning of the last Ashes was one of his best."

"But this one, given the context of all that has gone to get to that point now, and he played under a lot of pressure as people fell around him … that probably made it. If it’s not his best, it’s way up there," Peter added.