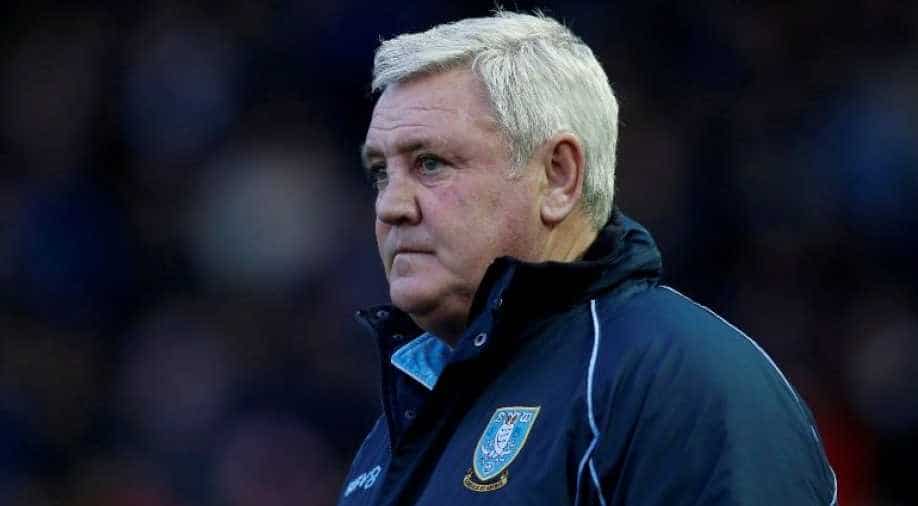 The 58-year-old Bruce, who grew up in Tyneside and is a former coach of Newcastle's fierce rivals Sunderland

Newcastle United announced Wednesday that Steve Bruce has been appointed head coach following the departure of Rafael Benitez from the Premier League club.

"Newcastle United can now announce that Steve Bruce has been appointed as the club's new head coach," the club said on its website, adding that the former Manchester United player had signed an initial three-year contract.

The 58-year-old Bruce, who grew up in Tyneside and is a former coach of Newcastle's fierce rivals Sunderland, will be joined at St. James' Park by coaches Steve Agnew and Stephen Clemence, the club added.

Bruce, who resigned from Sheffield Wednesday prior to signing with Newcastle, told the club website, "I'm delighted and incredibly proud to be appointed as head coach of Newcastle United.

"This is my boyhood club and it was my dad's club, so this is a very special moment for me and my family," Bruce said.

Lee Charnley, managing director at Newcastle United, said the club was pleased to appoint a coach of Bruce's "vast experience and connections..."

"The hard work for Steve and his team starts immediately and we will be fully prepared for the challenge of a new Premier League season," he added.

“There is a huge challenge ahead of us, but it’s one that my staff and I are ready for. We’ll roll our sleeves up and we’ll be giving it everything from the off to ensure supporters have a successful team that they can be proud of.”

The Newcastle squad are currently on a pre-season tour in China and Bruce and his staff are scheduled to travel to join them there following Wednesday's match in Nanjing against Wolves.