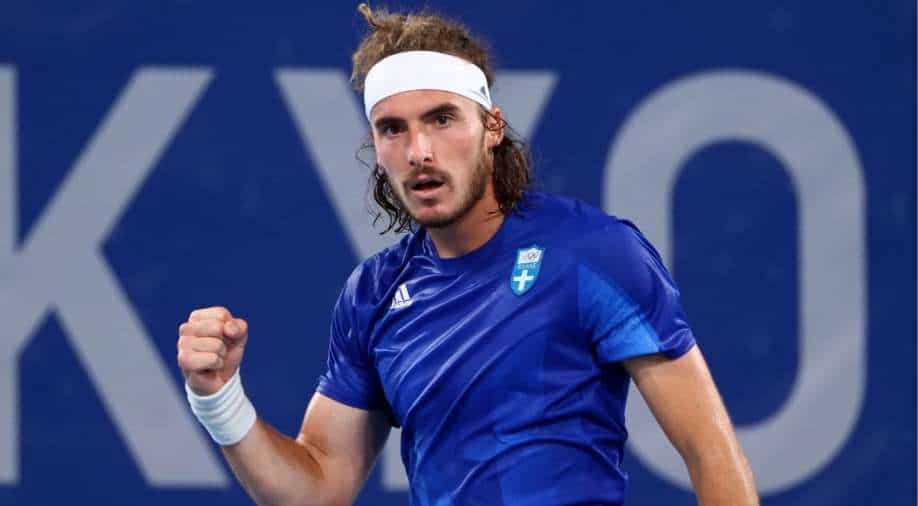 Stefanos Tsitsipas' recovery from an arm injury is heading in the right direction, the world number four said on Friday ahead of the ATP Finals in Turin, Italy.

The 23-year-old was forced him to retire from last week's Paris Masters in his second-round match against Australian Alexei Popyrin and later said that he did not want to aggravate the problem ahead of the season-ending Finals from Nov. 14-21.

"In Paris, the pain was unbearable, so I had to quit from that game," Tsitsipas told reporters on Friday.

"It was very painful for me to let the crowd down and not play. But I had to. It was for my safety, for my well-being, and I don't regret doing that.

"The last couple of days I've been practising with a little bit of pain. But recently I'm feeling much better than I did when I started five-six days ago. It's heading towards the right direction and I'm doing everything possible to recover from it."

The Greek has been placed in the 'Green Group' at the Finals alongside world number one Novak Djokovic, fifth-ranked Russian Andrey Rublev and Norwegian debutant Casper Ruud and will begin his campaign during Monday's evening session.

Tsitsipas won the ATP Finals in 2019 and this season climbed to a career-high ranking of third after clinching his first ATP Masters 1000 title at Monte-Carlo and reaching his maiden major final at Roland Garros.

"The year has been really good," the Greek said, adding that he sometimes had difficulties coping with the COVID-19 protocols at tournaments.

"I started the year with the intention to eat better, to sleep better and to put my body in a better schedule. That was all for my tennis. I have achieved many things that I had set as goals from the beginning of the year.

"I'm going to have to take an extra step and try and aim for even higher next year and that will require new, fresh goals and also try becoming more professional and working to find that (extra) 5% where I can benefit from."