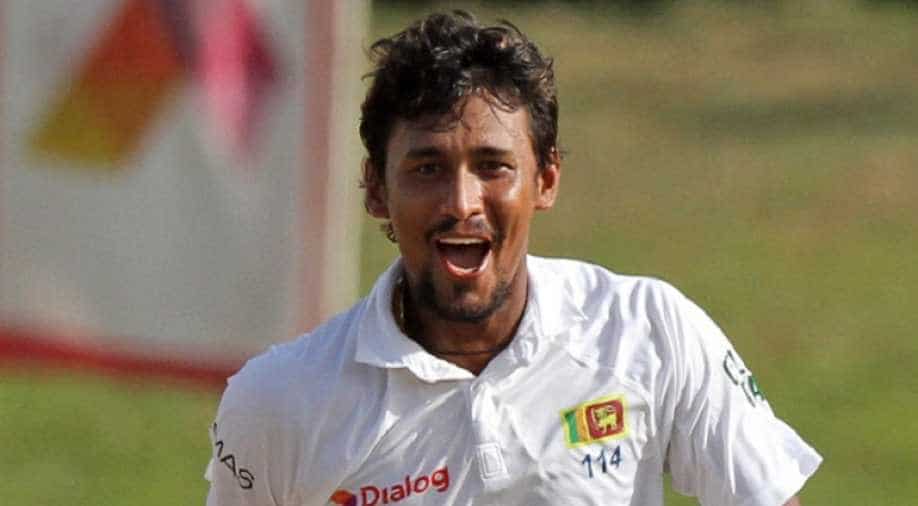 Lakmal had the stunning figures of four for 18 off 12 overs, including the prized scalps of Kane Williamson and Tom Latham as New Zealand staggered to lunch in Christchurch at 51 for four with Ross Taylor on 22 and BJ Watling on seven.

Sri Lankan quick Suranga Lakmal emerged as the tireless assassin to leave New Zealand reeling with a remarkable four-wicket haul in the opening session of the deciding second Test on Wednesday.

Lakmal had the stunning figures of four for 18 off 12 overs, including the prized scalps of Kane Williamson and Tom Latham as New Zealand staggered to lunch in Christchurch at 51 for four with Ross Taylor on 22 and BJ Watling on seven.

The 31-year-old Lakmal bowled unchanged throughout the session, a rare feat for a quick bowler, after Sri Lanka won the crucial toss and predictably bowled first on a greenish Hagley Oval wicket with a heavy cloud cover overhead.

After rain dictated a drawn first Test in Wellington, Christchurch has become a winner-takes-all clash in the two-Test series.

In his first few overs with new-ball partner Lahiru Kumara, Lakmal did not put any serious pressure on New Zealand, allowing openers Latham and Jeet Raval to get under way comfortably.

But the breakthrough came in Lakmal's fifth over when Raval, on six, top-edged a full-length delivery to give Sri Lankan skipper Dinesh Chandimal a simple catch at mid-off.

Latham, after his epic 264 not out in the drawn first Test, was on just 10 when he was removed in Lakmal's following over, edging a full-length delivery to a diving Kusal Mendis at second slip.

In his eighth over, the tenacious Lakmal found the edge of Williamson's bat to give Niroshan Dickwella a regulation catch behind the stumps and he then bowled Henry Nicholls with a full delivery that snuck between bat and pad.

Lakmal, who has only once taken five wickets in an innings in his 54-Test career, had four for 11 off 10 overs at that stage.

New Zealand's senior batsman Taylor doggedly held the innings together through to lunch with Watling in a 15-run partnership.

Sri Lanka made two changes from the drawn first Test with Dushmantha Chameera and Roshen Silva in for Kasun Rajitha and Dhananjaya de Silva, while New Zealand kept the same line-up.

New Zealand, who have only lost one of five Tests at Hagley Oval, are bidding for a fourth consecutive series win for the first time in their history.

Sri Lanka need at least a draw to secure a third consecutive away series without defeat, equalling their longest series unbeaten streak away from home.