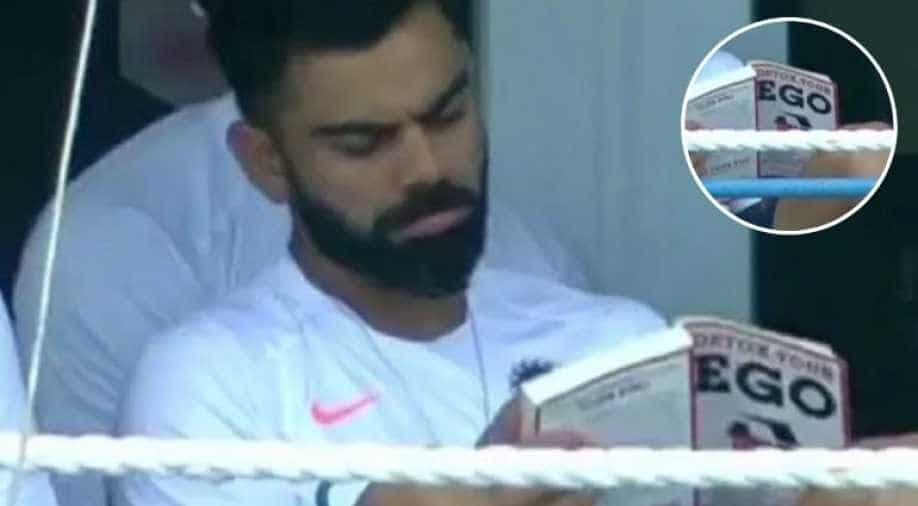 Twitterati enjoyed a field day after Virat Kohli, captain of the Indian cricket team, was spotted reading a book titled 'Detox Your Ego' inside the dressing room during India vs West Indies Test match at Antigua.

The image immediately went viral on the social forums and fans started tweeting the picture with funny captions.

While many Twitter users connected the choice of book to Virat's alleged rift with teammate Rohit Sharma, which the skipper has denied during a press conference.

After the Cricket World Cup 2019, rumours indicating issues between both the cricketers intensified.

But Kohli turned down the word on the street, saying, "If I do not like a person or if I am insecure of a person, you will see that on my face or in my behaviour towards that person and that is how simple it is."

"I have always praised Rohit whenever I have had an opportunity because I believe he is that good. We have had no issues," Kohli added.

Despite all of that, the fans posted hilarious comments, read some of them:

"Just trying to think of who would have convinced Virat Kohli to read that "Detox your Ego" book. #WIvIND #INDvWI," one fan tweeted.

"Not the first time a Cricketer reading 'Detox Your Ego' #WIvIND," another fan tweeted.

"Did "Detox your Ego" Book writer/publisher plan this intentionally to promote his book? You know with the "Brand Virat Kohli" thing, you can't take this out of the picture #WIvIND," one fan tweeted.