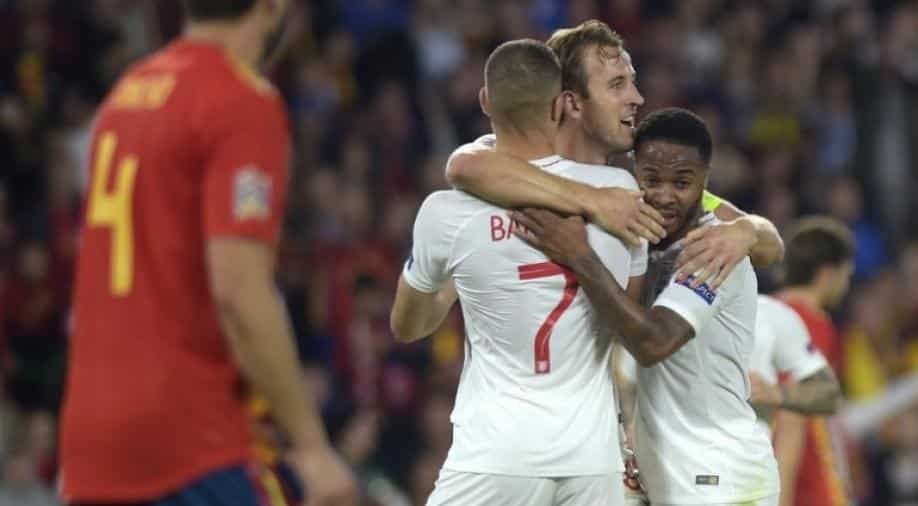 A superb first-half showing from England produced two goals from Raheem Sterling, while Marcus Rashford was the other scorer in a breathless opening 45 minutes.

A superb first-half showing from England produced two goals from Raheem Sterling to deliver one of their finest victory in the modern era.

The Three Lions became the first team to put three goals past Spain in a competitive home international and won in the country for the first time since 1987.

Marcus Rashford was the other scorer in a breathless opening 45 minutes, which witnessed Spain conceding three on home soil for the first time in their history.

Praising his side for putting up a spectacular show, Gareth Southgate said England showed quality and were brave.

"The quality of the performance - we played with courage and used the ball with courage. If you come and defend for 90 minutes they will unlock you.

"We really showed some quality and a good mentality to play out of their pressing. Spain the side are very aggressive in the way they press. All our players, right through the team, were brave enough to play the way we wanted to play," he continued to add.

"It's fine to have an idea of how you want to play but to do it is a huge credit to them," he concluded.

England lost 2-1 at home to Spain in their Nations League opener and were held to a goalless draw in Croatia last time.