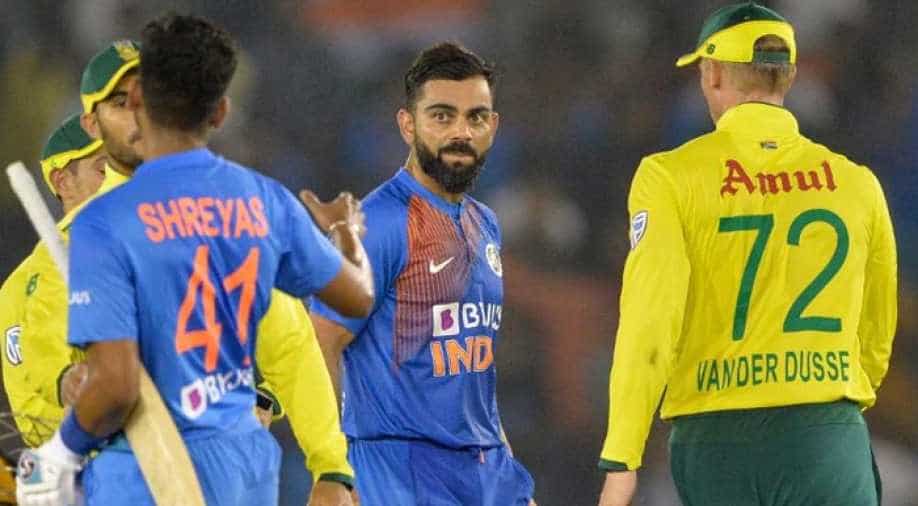 Cricket South Africa and the Board of Control for Cricket in India (BCCI) have agreed on a three-match T20I series as the Proteas gear up to host India at the end of August. However, the series would require government regulations to ease on a bit to allow the fixtures, which will be hosted by South Africa, to go ahead.

Cricket South Africa and the Board of Control for Cricket in India (BCCI) have agreed on a three-match T20I series as the Proteas gear up to host India at the end of August. However, the series would require government regulations to ease on a bit to allow the fixtures, which will be hosted by South Africa, to go ahead.

The plan of a three-match T20I was discussed between Cricket South South Africa’s director of cricket Graeme Smith and BCCI president Sourav Ganguly during a CSA executive trip to India in February and was finalised via teleconference on Wednesday as both the cricket boards look to resume cricket.

"India wants to honour its agreement. If it's postponed, maybe a bit later," Faul said a during a virtual press conference on Thursday.

"We've had a very good discussion with them (BCCI)," the CSA executive added.

A BCCI official on condition of anonymity said that the possibility is "there" provided they get an all clearance from the government of India.

"First, we have to get the players for a conditioning camp in a green zone. Obviously, if things are on track, we would play in South Africa," the official told PTI.
ALSO READ: Cyclone Amphan: 'May God protect everyone' - Virat Kohli, KL Rahul, Kuldeep, Laxman pray for safety of those affected

However, with both South Africa and India still under lockdown, the boards could face plenty of challenges. If the positive cases in both the countries continue to increase significantly, the series in August looks unlikely to go ahead.

Hosting India would generate good profits for Cricket South Africa and be of immense help to its financial, moreover, at a time when the board is looking at massive losses.

Even though South African cricket has not been affected much by the pandemic, the future projections look worrisome for the board. Hosting India could solve a lot of problems and put them in a stable condition financially.

"We're seeking via Sascoc an audience with the sports minister to be given approval to, if needed, play behind closed doors. This will relate specifically to the potential of an incoming Indian tour," said Faul.

"We're going to be very innovative because it's an important tour for us. As I've stated before, we're very encouraged by India's willingness."

If the series goes ahead, CSA will look to create 'bio-bubble' similar to what ECB is planning to do.

"It will be a sanitised cricket biosphere with strict entry standards and limited movement out of this cordon, and this will require regular testing of all those in the bubble," Dr Shuaib Manjra, CSA's chief medical officer, said. "We will create a cordon sanitaire, where people will not be allowed to leave or come in unless strict criteria are met."

South Africa's three-match ODI series in March 2020 was one of the first international cricket series to be affected after being called off following the inaugural match in Dharamsala, which was never played due to heavy rain.