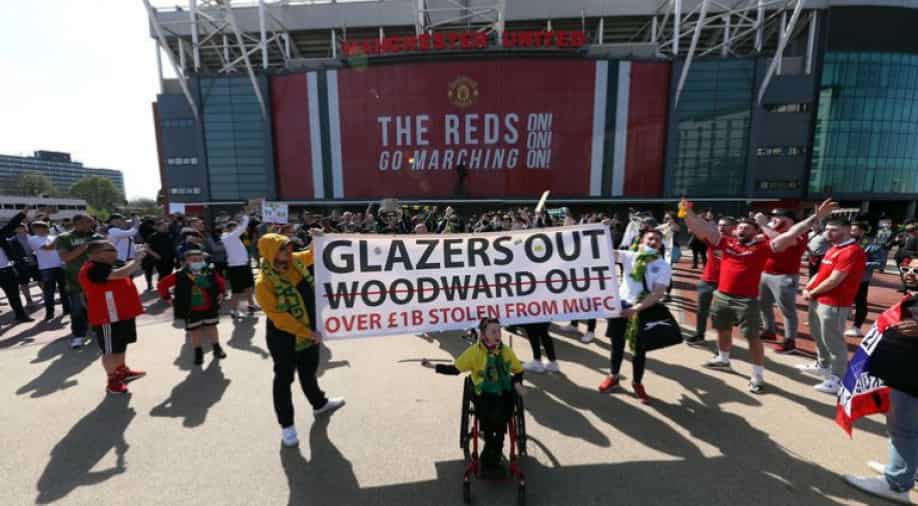 Manchester United manager Ole Gunnar Solskjaer has emphasized the need for supporters to be listened to but added that the protest “went too far” and had to be conducted in a “civilised” manner.

Manchester United manager Ole Gunnar Solskjaer has emphasized the need for supporters to be listened to but added that the protest “went too far” and had to be conducted in a “civilised” manner.

Following the European Super League episode, fans displayed their anger at the owners with thousands of protestors barraging inside Old Trafford while demanding change before the high-profile match against arch-rivals Liverpool. Greater Manchester Police has since said that six of its officers were injured during the protest, which ended up postponing the much-awaited match.

When approached by Sky News, Manchester United Avram Glazer refused to apologise to the fans over attempts to join the breakaway European Super League.

Speaking ahead of Thursday's Europa League semi-final second leg against Roma, Solskjaer said: "It was a difficult day for us. Of course we wanted to play, we wanted to beat Liverpool for the fans because our job has to be on getting good performances and good results on the pitch.

"As I said before the game, we have to listen. We have to hear the fans' voice. It's everyone's right to protest. It has to be in a civilised manner though. Unfortunately, when you break in and when police officers get injured, scarred for life, that's too far.

"When it gets out of hand like this, it's a police matter. It's not about showing your opinions anymore."

Asked if he hoped the Glazer family would look for communications with United supporters following the protests, Solskjaer said: "You don't need to be a rocket scientist to see that we have challenges, frictions and things that have to be dealt with.

"Communication between other individuals, and me of course, has started already. We're discussing with the fans, which is going to be massive for us going forward.

"It has to be a united football club. To make things grow, you need to give it some patience. I'm hopeful that in time we can unite and come together."