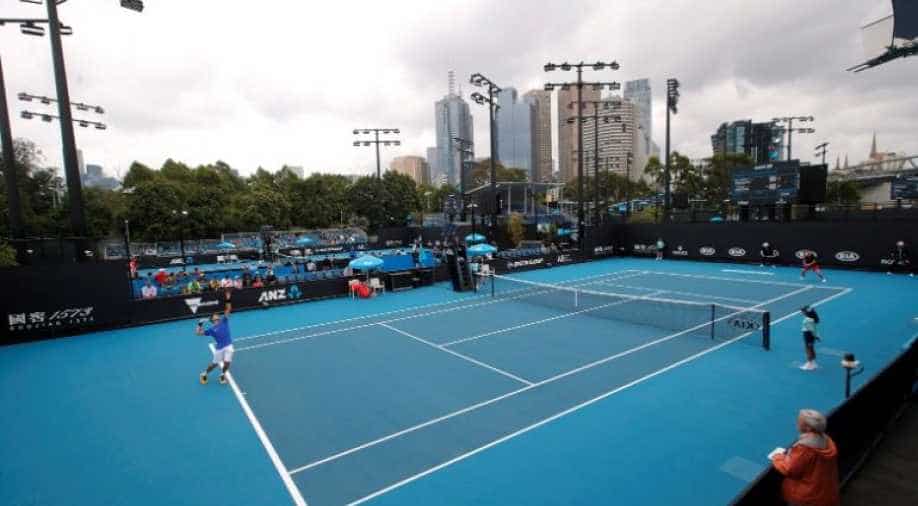 Fears of disruption to the Australian Open from bushfire smoke receded on Saturday after the final round of qualifying for the multi-million dollar tournament got underway on schedule.

Fears of more disruption to the Australian Open from bushfire smoke receded on Saturday as hundreds of children flooded the Melbourne Park precinct under sunny skies on Kid's Day at the year's first Grand Slam.

Victoria's Environmental Protection Authority rated the air quality in central Melbourne as "good" and the final round of qualifying for the multi-million dollar tournament got underway on schedule.

That was in stark contrast to earlier rounds of the qualifying tournament on Tuesday and Wednesday when players complained of breathing problems and Slovenia's Dalila Jakupovic was forced to retire after a coughing fit.

Reports indicate that more than 100 bushfires still burn in eastern Australia on Saturday despite storms now lashing many of the areas destroyed by the conflagrations that have killed 29 people and millions of animals since September.

Tournament chief Craig Tiley has staunchly defended the decision to continue playing through the smog-filled days with only minor delays and expressed full confidence in the systems in place to ensure the health of the players. 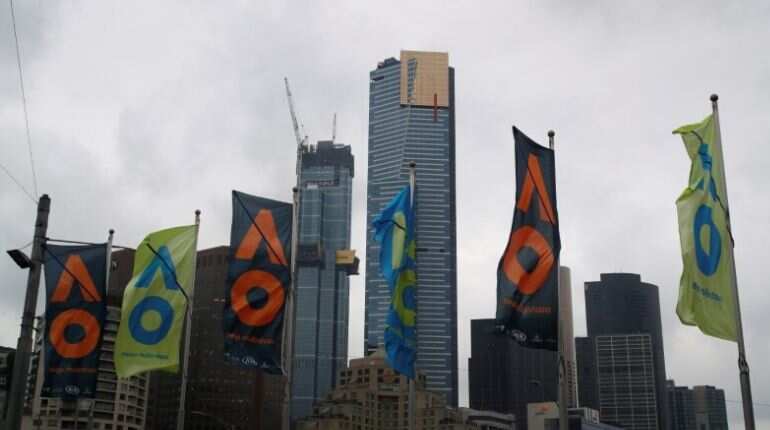 ( General view of flags in front of the Melbourne Skyline [Courtesy : Reuters] )

The Air Quality Policy for the tournament was made public on Friday with its thresholds for suspending play, although the referee still maintains the ultimate discretion to keep the players on the court.

Kyle Edmund made the semi-finals two years ago when extreme heat triggered similar discussions about player welfare at the Australian Open and he thought organisers were taking the smoke threat seriously.

"It just has to be safe to play, really," the Briton, who plays Dusan Lajovic in the first round on Monday, told reporters.

"I think this is just more unique, the heat has been here for hundreds of years so it's hot when you come to Australia, it's not a surprise."

"Obviously the tournament doesn't want players pulling out or collapsing. I don't think they are just playing because they want to play and ignoring players' comments, because it will come back (on them) in a bad way if it's unhealthy."

Tiley, Edmund said, had explained the measures organisers were taking and the Air Quality Policy at an ATP meeting on Friday and most players appeared to be reassured, even if they did not entirely absorb all the details.

"Yeah, I don't know if I can actually say what was discussed. I will try to keep away from it," fourth seed Daniil Medvedev told reporters with a smile.

"I think the conditions for the players will be good."

According to the policy, a discussion overplay being suspended will be held when fine particulate matter (PM2.5) is measured between 97 and 200 micrograms per cubic metre and stopped if that rating exceeds the 200 mark.

Medvedev plays American Frances Tiafoe in his first-round match on Tuesday and so should miss the forecast stormy weather that now perhaps presents a bigger threat than the smoke to a smooth opening day on Monday.