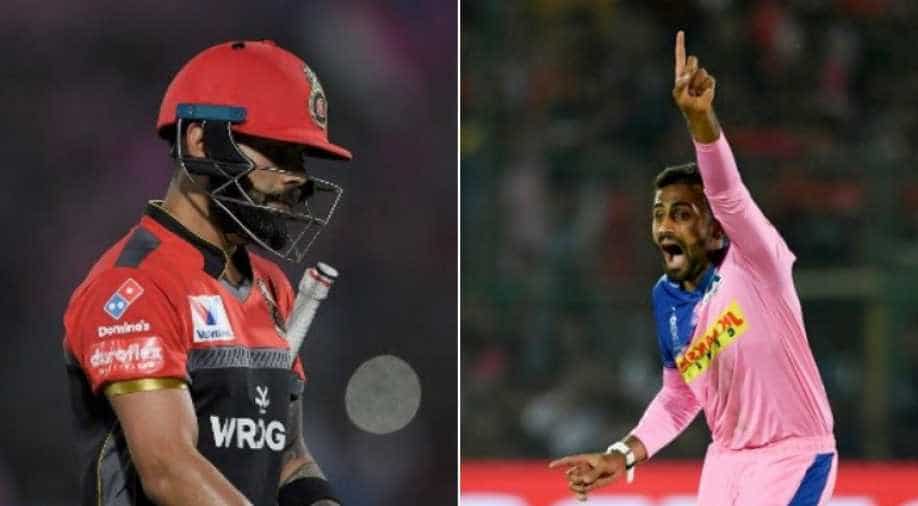 Royal Challengers Bangalore got off to a good start after being asked to bat first, but Shreyas Gopal's strikes pegged the visitors back.

Gopal deceived Virat Kohli with his turn and clean bowled him. Then, in his next over, he forced AB to go back on his back foot and then spoon an easy catch back to him.

Gopal, one of the many upcoming cricketers from the domestic circuit, had pulled off exactly the same feat a year ago in an IPL 2018 match at the M Chinnaswamy Stadium.

Gopal is an all-rounder who bats right-handed and bowls leg spin. He played three ODIs for India’s under-19 cricket team in 2011.

Gopal, who has 183 wickets and 2,283 runs in 55 first-class cricket matches, is also a technically sound batsman.