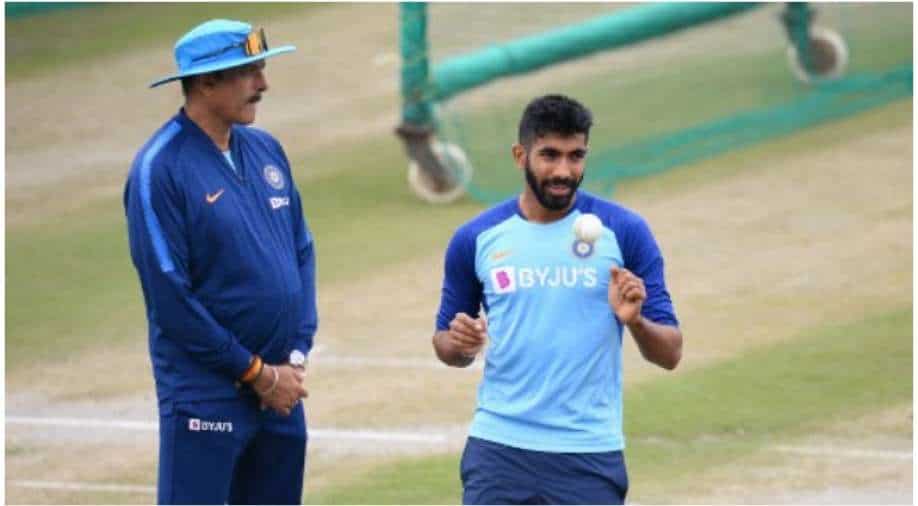 Virat Kohli's successor will have a huge task to take the team forward. At present, there are five contenders to succeed Kohli, in the form of Rohit, KL Rahul, Jasprit Bumrah, Rishabh Pant along with R Ashwin's name also doing the rounds. Here's what ex-head coach Ravi Shastri feels regarding Bumrah taking the top post:

The senior Indian men's cricket team is going through a transition period of late. While Virat Kohli was succeeded by Rohit Sharma as India's white-ball captain, the 33-year-old Kohli resigned as the Test captain as well on January 15, a day after the national side went down to South Africa in the three Tests in the rainbow nation.

After Kohli's resignation, all eyes are now on who will succeed him as the Test captain. Under Kohli, India had a great run in the red-ball format. The national team dominated in whites at home, won a Test series in Australia, ensured an unassailable 2-1 lead over England in the United Kingdom during the incomplete five Tests in mid-2021 and ended as runners-up in the inaugural WTC final.

Hence, Kohli's successor will have a huge task to take the team forward. At present, there are five contenders to succeed Kohli, in the form of Rohit, KL Rahul, Jasprit Bumrah, Rishabh Pant along with R Ashwin's name also doing the rounds in some discussions.

Speaking on Ex-Pakistan pacer Shoaib Akhtar's Youtube channel, former Indian head coach Ravi Shastri also joined the bandwagon. While he had earlier stated that Rohit can take over in whites, Shastri pointed out why he doesn't think Bumrah will get the nod. He said, "No, I never thought of it. In India we've had enough. And I never thought in that fashion at that time. In India it's going to be difficult for a fast bowler to captain. A fast bowler captain has to be an all-rounder basically or he has to be a Bob Willis kind of captain who in conditions where they play, a fast bowler will always be in the game, he will be aggressive."

"He'll be looking to win games and take wickets. Very rarely has a fast bowler been there for too long. Unless he is a genuine all-rounder like Kapil, Imran or Sir Garfield," he added.

It will be interesting to see who succeeds Kohli. India's next red-ball assignment is at home, versus Sri Lanka starting in end February.