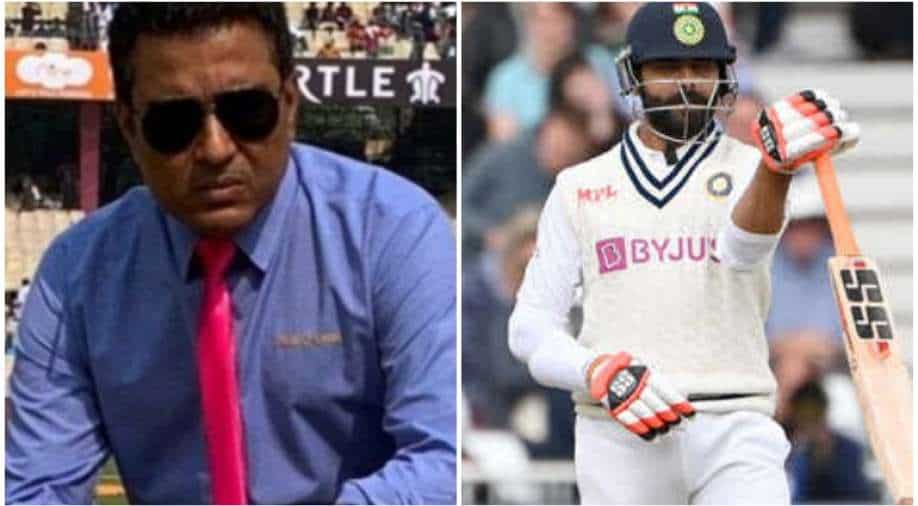 India vs England: After India promoted Ravindra Jadeja to No. 5 on Day 1 of the fourth Test, Sanjay Manjrekar wasn't much impressed and made a glaring remark on the all-rounder.

Sanjay Manjrekar-Ravindra Jadeja face-off isn't unknown to the cricketing fraternity. Manjrekar had commented on Jadeja's all-round abilities during the 2019 ODI World Cup, which wasn't received well by the Indian cricketer. Even during the semi-final of the marquee event, the left-hander looked up towards Manjrekar with an animated and aggressive gesture after reaching his fifty, at the commentary box, to question his statement.

Since then, Manjrekar's comments on Jadeja have always gone viral. After Virat Kohli-led India promoted the all-rounder at No. 5, instead of under-fire Ajinkya Rahane, on Day 1 of the fourth Test versus England, the former cricketer-turned-commentator once again passed a comment on Jadeja and his batting abilities overseas.

Speaking to Sony Six, Manjrekar said, "I think the T20 Way of thinking has come in. I think they overestimated the ability of Jadeja to play at No. 5. In these conditions, it was a disaster waiting for him. I think Indian cricket is overestimating Jadeja's batting ability in overseas conditions. In India, send him at No. 5, there is going to be no problem. In these conditions, we saw while he was out there when the ball was swinging, he didn't look comfortable."

After being asked to bat first, Kohli & Co. struggled once again as the in-form openers Rohit Sharma and KL Rahul departed soon whereas Cheteshwar Pujara fell for 4. Jadeja came in at No. 5 and couldn't do much with the bat as he went back for 10.

He wasn't comfortable in the middle against the English pacers and was found wanting in the swinging conditions. He has, however, made a mark in the series with some vital performances down the order at No. 7.

Talking about Day 1, India posted 191 courtesy fifties from Virat Kohli and Shardul Thakur. In reply, England are 53-3 at stumps.