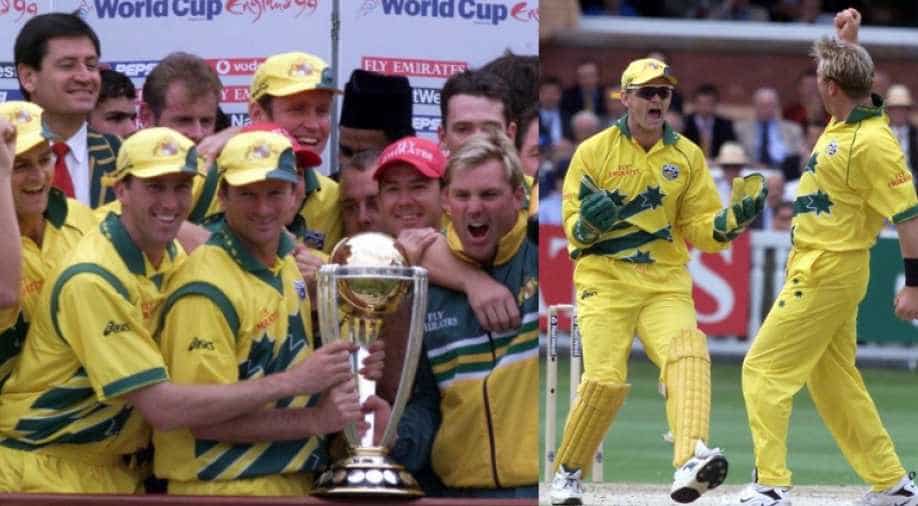 Australia's iconic kit from the ICC Men's Cricket World Cup 1999 was evocative and proved lucky as Australia won the title that year.

Australia's popular 'shooting stars' jersey is all set to make its reappearance as Cricket Australia has recalled the iconic kit for the upcoming season.

The five stars of the Southern Cross graced the front of the jersey. It was evocative and proved lucky as Australia won the title that year.

The decision to bring back the nostalgic kit was made by voting and the with its distinctive pattern of green 'shooting stars' on yellow, was the popular choice.

It all comes down to this... The final! Which retro kit do you want to see the Aussie Men wearing in the ODIs next summer?

Make sure you cast your vote! #PickTheKit

The kit is all set to make a reappearance during the next One-Day International series against New Zealand next season.