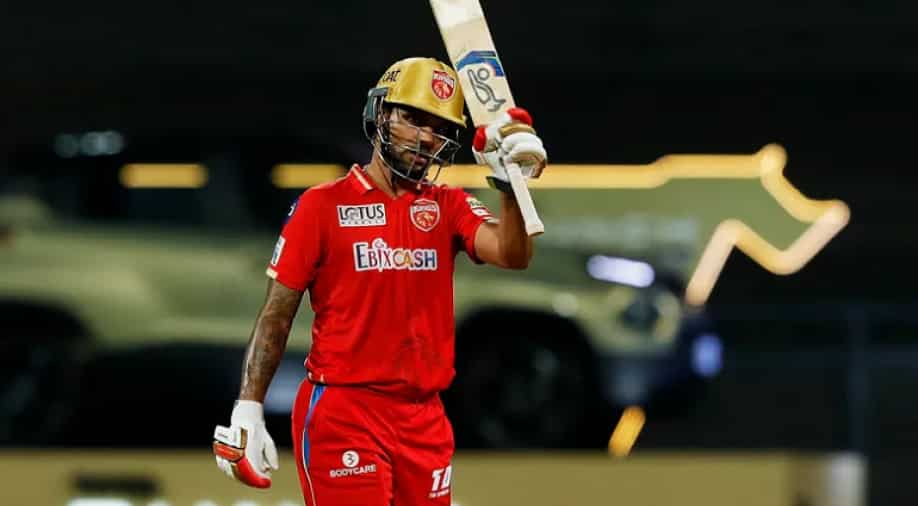 Punjab Kings (PBKS) opener Shikhar Dhawan played a brilliant knock of 88 runs off 59 balls to help his side beat Chennai Super Kings (CSK) by 11 runs in the ongoing Indian Premier League (IPL) 2022 on Monday (April 26). On a tricky pitch, Dhawan continued his purple patch as the left-hander took the CSK bowlers to the cleaners after taking his time to settle down.

Dhawan enjoyed an eventful evening with the bat against CSK as he went on to achieve a plethora of milestones at the Wankhede Stadium in Mumbai. While he became only the second batter after Virat Kohli to complete 6,000 runs in the IPL, Dhawan also became the first batter to complete the milestone of 1,000 runs against CSK.

Also Read: 'They lied to me': RCB pacer Harshal Patel recalls how IPL franchises betrayed him in 2018 player auction

Most runs against an opponent in IPL:

Dhawan has also become the second-highest run-getter of all time in IPL history. The prolific left-hander, who has been scoring runs consistently in the IPL over the years, now has 6086 runs in 200 matches at an average of and a strike rate close to 127.

On Monday, Dhawan's 88 along with Bhanuka Rajapaksa's 42 off 32 balls helped Punjab Kings post a strong total of 187 runs on the board against CSK at the Wankhede Stadium in Mumbai. The PBKS bowlers went on to successfully defend the target to secure a close 11-run win and bag their fourth win in the tournament.

While Punjab Kings moved to the sixth spot on the points table with their fourth win in eight games, CSK remain at the ninth spot with just four points from eight matches this season.