'They lied to me': RCB pacer Harshal Patel recalls how IPL franchises betrayed him in 2018 player auction 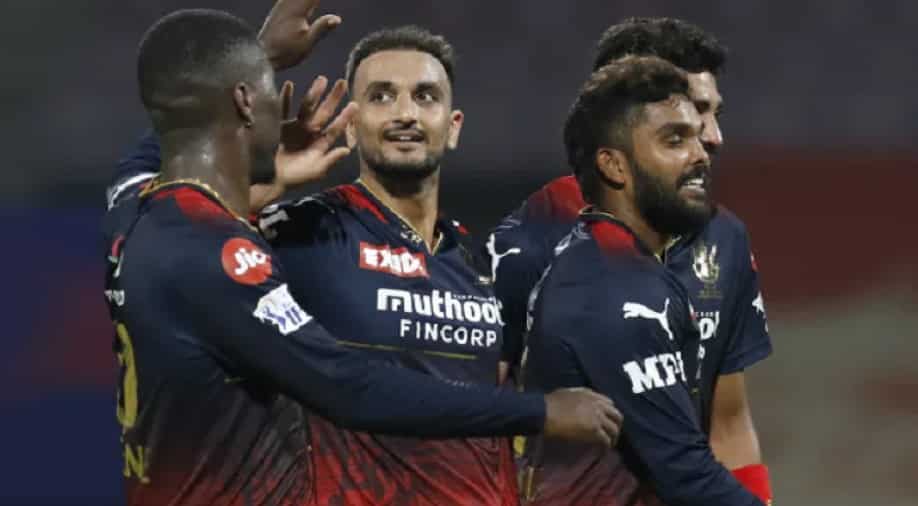 Harshal Patel claimed he was betrayed by a few IPL franchises in 2018. | Photo - IPL | Photograph:( Others )

Royal Challengers Bangalore (RCB) pacer Harshal Patel has claimed he was betrayed by a number of IPL franchises during the 2018 IPL player auction.

Harshal Patel has witnessed a remarkable rise in the Indian Premier League (IPL) over the last couple of years. The Royal Challengers Bangalore (RCB) fast bowler enjoyed a brilliant campaign in IPL 2021 last year where he was the highest wicket-taker of the season and won the Purple Cap with 32 wickets from 15 matches.

Harshal was traded to RCB from Delhi Capitals ahead of IPL 2021 last year and went on to prove his mettle with the ball. Under Virat Kohli's captaincy, Harshal shone throughout the tournament in IPL 2021 and emerged as one of the best death bowlers. His stellar run also helped RCB make it to the playoffs, however, they failed to lift their maiden IPL title.

Harshal recently opened up on his journey in the IPL and revealed he had to face a lot of hurdles to be standing where he is today. The RCB pacer claimed he was betrayed by several IPL teams during the 2018 player auction. The fast bowler revealed he was promised by officials of several teams that they will be bidding for him at the auction but that was not the case.

Also Read: You're bowling at Dhoni, there's not one red shirt in crowd: Rabada praises Rishi after PBKS beat CSK

Delhi Capitals were the only team that bid for the pacer from Haryana and he was sold to the franchise at his base price of Rs 20 lakh (INR 2 million). Harshal said he felt betrayed after the auction as he was lied to by the franchises, who showed no interest in buying him at the auction.

"The ironic thing was that there were 3-4 people from different franchises who said we'd gonna bid for you but kisi ne nahi kiya (no one did). At that time, it felt like a betrayal, yeh toh jhooth bole hain, dhokha hua hai mere saath (they lied to me, I felt cheated)," Harshal told talk-show host Gaurav Kapoor on his show Breakfast with Champions.

After his stunning season for RCB last year, he was released by the franchise ahead of the IPL 2022 mega auction earlier this year and was bought back for a whopping Rs 10.75 crore (INR 107.5 million). Harshal has been one of the vital cogs in the RCB bowling attack this season and has continued his good show with the ball.

The right-arm pacer has so far picked up nine wickets in seven matches for RCB. The Faf du Plessis-led side has made a brilliant start to the season and are currently placed fifth on the points table with ten points from eight matches in the tournament so far.