Shardul Thakur in, no Ishant Sharma? MSK Prasad gives his take on India's playing XI for 1st Test against SA 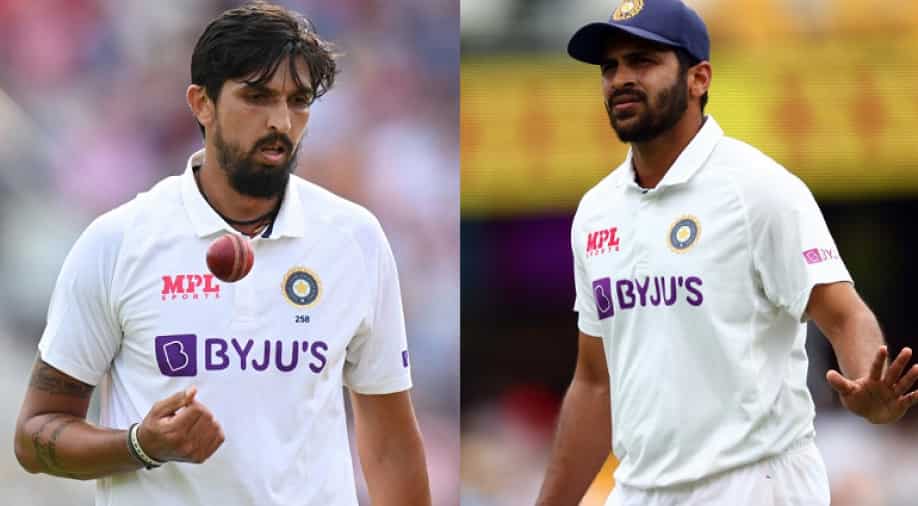 The Indian team faces some major selection headaches ahead of the series-opener of the upcoming three-match Test series against South Africa in Centurion.

India are gearing up to take on South Africa in the series-opener of the upcoming three-match Test series which gets underway from December 26. The Boxing Day Test at the SuperSport Park in Centurion will kick off the much-anticipated Test rubber between the two sides. India have been training in Centurion for the past three days after landing in Centurion.

Ahead of the first Tets, the visitors face some major selection headaches with regards to both the batting and the bowling department. While Kohli has preferred to play with five specialist bowlers overseas, the green track and bouncy conditions in Centurion might tempt the visitors to go with an extra batter or include Shardul Thakur in the playing XI as an all-rounder along with R Ashwin.

If India decide to play four bowlers only, an extra batter in the form of Ajinkya Rahane or Shreyas Iyer can be included in the XI. Rahane's spot in the XI is no more certain as he has been replaced as the vice-captain of the team. Rohit Sharma had been named his replacement but in his absence, KL Rahul will be Kohli's deputy in the Test series which means Rahane faces massive competition.

Iyer, who made a stunning debut against New Zealand at home, can be asked to continue batting in the middle-order with Rahul either taking the opener's role or sliding into the middle-order himself. With no Ravindra Jadeja in the squad, Shardul can prove to be a great asset for India as he can be an extra batting option at no.7.

Former chief selector MSK Prasad believes Shardul is the best choice for India, in case the visitors decide to play five bowlers in the Test match. He also named the four pacers India should pick for the game while leaving out senior pacer Ishant Sharma, who has been pipped in the pecking order by Mohammed Siraj after the youngster's recent performances in the whites.

"I think Shardul Thakur is the best choice if they go in with five bowlers as he also gives the option of a steady No.7 batter and we also have Ravichandran Ashwin," Prasad told PTI.

"Four bowlers in this line-up are now confirmed if all fit -- Jasprit Bumrah, Mohammed Shami, Ashwin and Mohammed Siraj. I don't think, Ishant will be considered ahead of Siraj on current form," the former chief selector added.

Hanuma Vihari is another name in contention for a start in the first Test after impressing in India A's tour of South Africa where he struck three half-centuries against South Africa A. Vihari can take Jadeja's spot in the playing XI in case India decide to go with three pacers and Ashwin as their four bowlers. It remains to be seen how the visitors will line-up for the first Test which gets underway from Sunday.