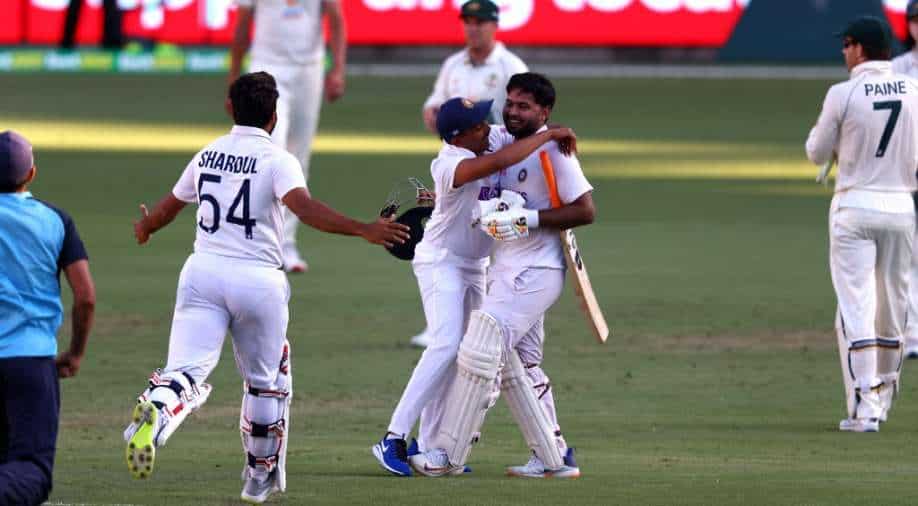 Australia’s assistant coach and former India cricketer Sridharan Sriram recalled the series where Paine and Co., despite kicking off the series in style, were outplayed by the young Indian cricketers.

Team India's win in Australia, earlier this year, is regarded as one of their biggest victories overseas. The tour witnessed India's young players stepping up in the absence of several senior players.

Australia’s assistant coach and former India cricketer Sridharan Sriram recalled the series where Paine and Co., despite kicking off the series in style, were outplayed by the young Indian cricketers.

“Shubman Gill played from the Melbourne Test. We knew enough about Gill. Same with Rishabh Pant. He has played in Australia before, got a hundred (159 not out) in Sydney in 2018-19. So, we all knew what Pant was capable of. But Shardul, Washington and Siraj were the standout players,” Sriram was quoted as saying.

“Even in Brisbane, when India were 186/6 in the first innings, Washington and Shardul had that partnership (123) that took India very close to Australian total (Australia 369, India 336). If Australia took a lead of 80 or 100 runs, the second innings would have been easier for us. For India to chase down 328 in the last innings, the first innings partnership for the seventh wicket between Shardul and Washington played a massive part.

“And for Siraj to bowl the way he did in Melbourne, the accuracy he showed, even on a flat pitch in Sydney, to have that discipline and economy, keeping one end tight, we did not expect that from a player who was playing in his first Test,” he added.