Shahrukh Khan and Arjun Tendulkar: All that turned IPL auction into a memefest 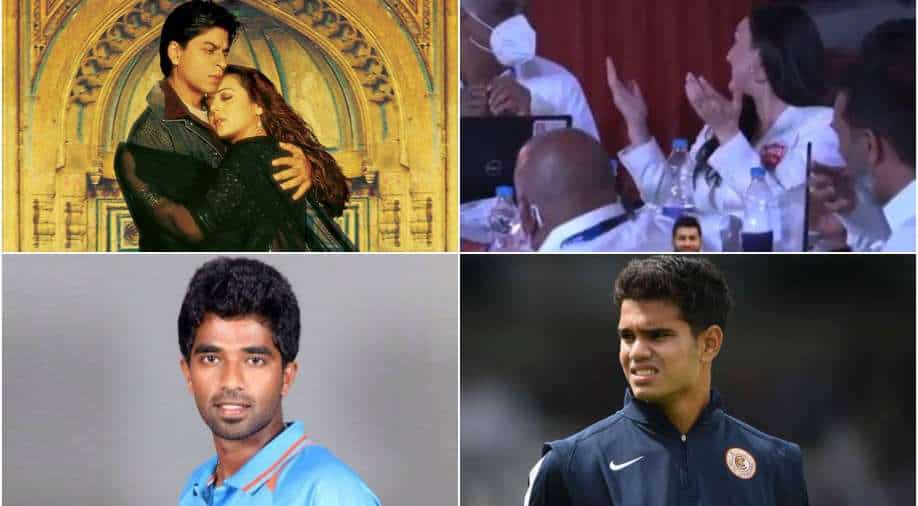 Shahrukh Khan and Arjun Tendulkar trended on desi Twitter for hours. We tell you why.

The Indian Premier League (IPL) auction in Chennai on Thursday turned out to be a memefest for the Twitterverse, all thanks to Shah Rukh Khan and Sachin Tendulkar's son.

While Bollywood superstar SRK, as Khan is fondly referred to by the world, is the co-owner of Kolkata Knight Riders (KKR) -- an IPL team, cricketing legend Tendulkar has played for Mumbai Indians in the previous seasons. Tendulkar's son, Arjun, was up for the auction on Thursday.

But that's not the reason SRK and Arjun trended on Twitter. This is --

The news was shared on Twitter by the official handle of the IPL.

“Shahrukh Khan, with a base price of 20 Lac, is attracting interest at the #IPLAuction. @Vivo_India."

Fans and followers of the game had interesting reactions to the series of coincidences.

“Priety Zinta helps SRK make his IPL debut after she debuted with SRK,” one user wrote.

Incidentally -- yet again, Yash Chopra’s 'Veer Zaara' is a film about star-crossed lovers, starring SRK and Preity in lead roles.

Preity's reaction on buying Shahrukh Khan was another catalyst for a memefest.

Sachin Baby is a cricketer -- sold to Chennai. And Sachin's baby is no longer a baby. Not even a toddler, for that matter.

Sachin Tendulkar's son, Arjun, is a teenager raring to make a debut in world cricket, and was up for auction on Thursday.

That's it. That's about it. But this little piece of information became the subject of jokes on desi Twitter.

And we baby (read: kid) you not, they were funny.