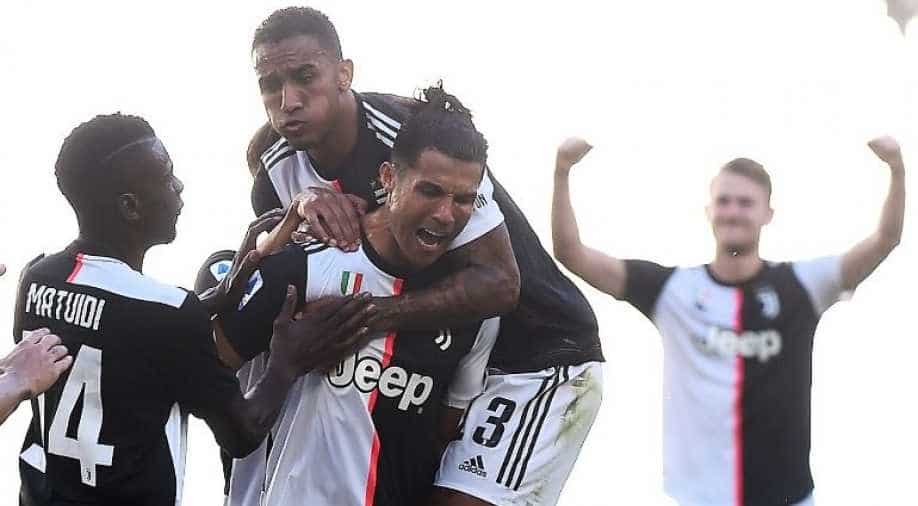 Torino have failed to beat Juventus in the past 12 attempts. Juventus top the Serie A table with 75 points, whereas, Torino struggle on 15th position with just 31 points.

Cristiano Ronaldo has finally scored a free-kick for his Juventus side and played a role in beating Torino 4-1 in the Derby Della Mole on Saturday.

This was Ronaldo's first goal through a free-kick for Juventus, he had attempted 43 times but could not find the back of the net. Another milestone was achieved by Juventus goalkeeper Gianluigi Buffon, who made a record 648th Serie A appearance. The 42-year-old goalkeeper overtook Paolo Maldini (previous record-holder) when he was picked for his first league game this year.

Torino have failed to beat Juventus in the past 12 attempts. Juventus top the Serie A table with 75 points, whereas, Torino struggle on 15th position with just 31 points.

"We took the lead right away and then scored again. Maybe we thought it was going to be easy but the penalty got us nervous and made us lose control of the game," said Juventus coach Maurizio Sarri.

"We had a confusing phase at the start of the second half and then, when the two teams were tired, our quality came out."

After scoring a free-kick, Ronaldo was relieved by it.

"I needed to score from a free-kick to get my confidence back," he said.

Paulo Dybala opened the score for the team by scoring his trademark goal.