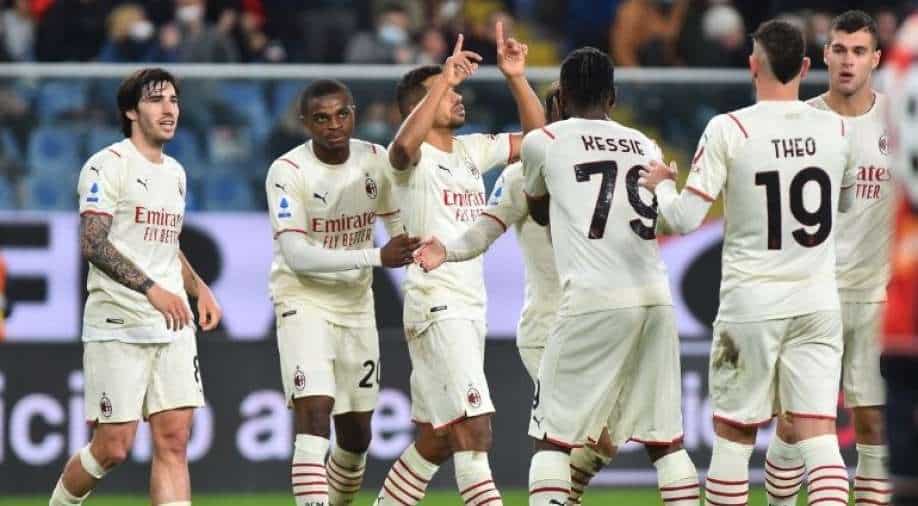 AC Milan is second with 35 points whereas Genoa are 18th with 10 points in Serie A.

Junior Messias scored a brace on his first AC Milan start as the Rossoneri thrashed Andriy Shevchenko's Genoa 3-0 on Wednesday to close the gap to Serie A leaders Napoli to one point.

Milan came into the game looking for an improvement after back-to-back league losses to Fiorentina and Sassuolo, and they took control early on at the Stadio Luigi Ferraris when Zlatan Ibrahimovic fired home a 10th-minute free kick.

Brazilian winger Messias, who scored the winner against Atletico Madrid on his Champions League debut last week, was named in Stefano Pioli’s starting line-up for the first time and marked the occasion in style by scoring either side of halftime.

In Reggio Emilia, Sassuolo fought back from two goals down to draw 2-2 with Napoli, leaving the Partenopei on 36 points, one ahead of second-placed Milan.

Shevchenko, who won the Champions League and Serie A with the Rossoneri as a player, is still waiting for his first win as Genoa coach after three matches in charge, and his side are 18th with 10 points.