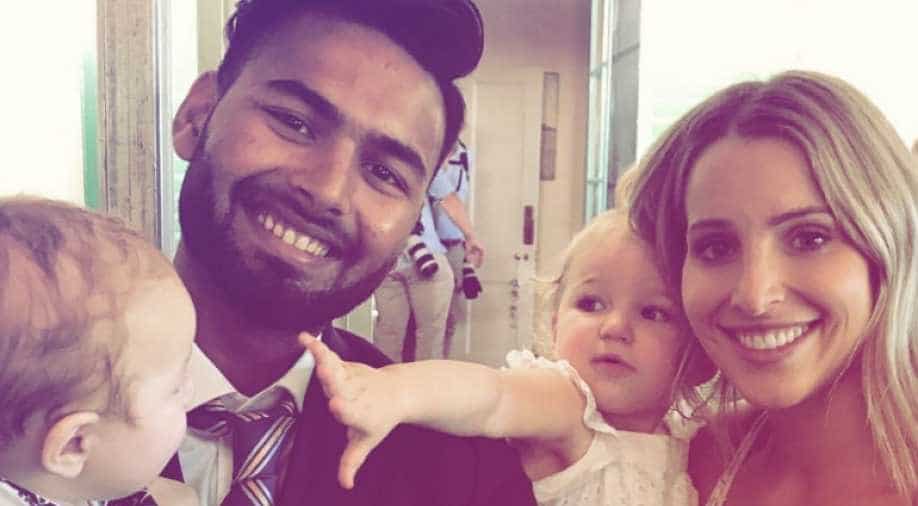 During the Boxing Day test, Tim sledged Pant asking if he is available to babysit his kids when he takes his wife out for a movie.

The banter between Indian wicketkeeper-batsman Rishabh Pant and Australian skipper Tim Paine during the Boxing Day Test made several headlines.

However, the fans found the cheeky comments between the two to be interesting and laughable. In one such banter, Tim asked Pant if he is available to babysit his kids when he takes his wife out for a movie.

Pant didn’t sit back and gave it back to the Aussie skipper when he came to bat in the fourth innings and called him a ‘temporary captain’. Pant said, “We’ve got a special guest today…..have you heard of a temporary captain ever? You don’t need anything to get him out boys. He loves to talk, that’s the only thing he can do, only talking talking.”

But guess what, days later the incident, Paine's wife uploaded a picture on her Instagram where Pant can be seen holding one of her kids.

Meanwhile, the fourth and final Test of the series will kick off on January 3 at Sydney Cricket Ground. India are leading the series 2-1 and will try to create history by winning a series on Australian soil.

India will be without the services of Rohit Sharma in this Test, who has flown back to India to be with his wife and new-born daughter. He is expected to be replaced by R Ashwin in the squad, keeping the pitch in mind.

If Ashwin is unfit for the match, then Kuldeep Yadav might be looked at for a place in the playing XI.