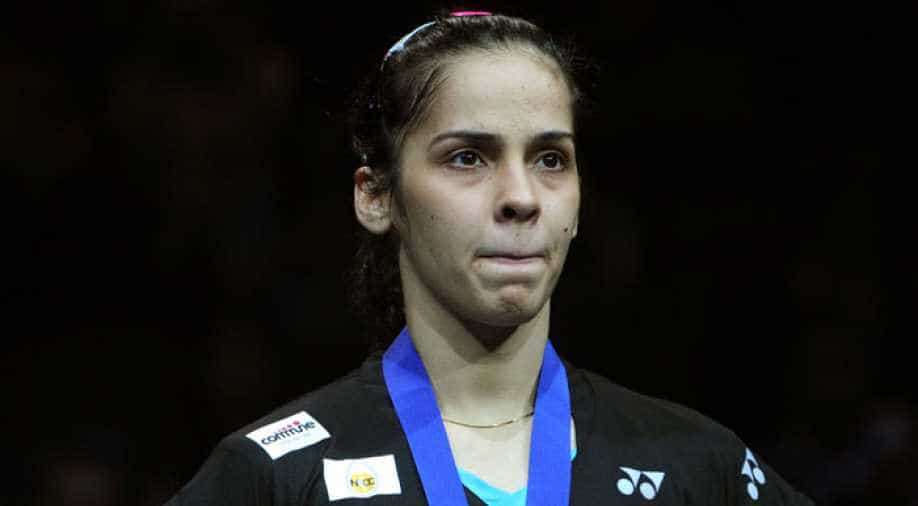 Saina Nehwal on Saturday suffered her seventh straight defeat to world no.1 Tai Tzu Ying, going down in the summit clash of the Indonesia Masters in Jakarta.

Playing the final of an international tournament after a year, Saina, who is coming back from an ankle injury, failed to lift the veil of deception put by Tai Tzu and went down 9-21 13-21 in 27 minutes in a completely lop-sided final.

Tai Tzu has now defeated the former world No.1 nine times in their last 10 meetings. Saina had enjoyed early success against the Taiwanese till 2011 but the Nehwal has beaten her only once at the 2013 Swiss Open ever since.

Tai Tzu looked very sharp from the word go and jumped to a 10-2 lead early on.

At 7-12, the duo engaged in an epic 43-shot rally which ended with Saina hitting out. She then lost a video referral to concede another point as Tai Tzu reached 14-7.

Both of them erred with their returns and went wide as the score read 16-8.

Saina began the match at a sorry note after Tai Tzu raced to a 3-0 lead.

Even though Saina tried to keep up and fight her way back, the world No.1 played to her billing her toyed with her older opponent.

Saina showed glimpses of her brilliance with some delightful net play and trademark flat shots but Tai Tzu proved to be just too good for her.

Tai Tzu led Saina 11-5 at the break in the first game and even after that Saina failed to pose any real threat to her higher-ranked opponent.

Tai Tzu pushed Saina to all corners of the court and played her way to a comprehensively first game win.

Barring the final, Saina had a brilliant tournament beating the likes of Chen Yufei and Chen Xiaoxin from China, PV Sindhu in the quarter-final and Malaysia Masters winner Ratchanok Intanon of Thailand in the semi-final on Saturday.