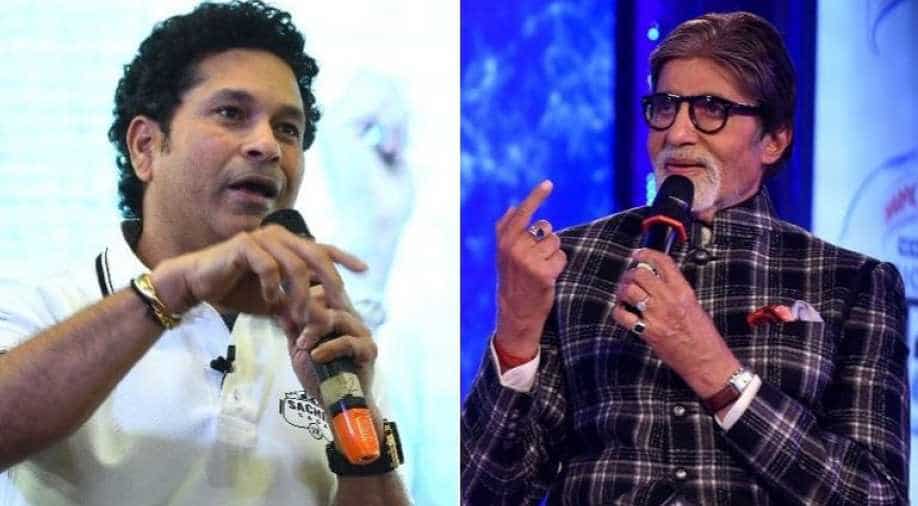 Tendulkar wished megastar Bachchan for being named for the prestigious honour

Extending his warm wishes to megastar Bachchan for being named for the prestigious honour.

On Tuesday, Union Minister Prakash Javadekar took to Twitter and announced the news of Amitabh being selected for the coveted award.

See the complete list of winners at this year's National Film Awards.

"The legend Amitabh Bachchan who entertained and inspired for 2 generations has been selected unanimously for #DadaSahabPhalke award. The entire country and international community is happy. My heartiest Congratulations to him," Javadekar tweeted on Tuesday while tagging Bachchan and Prime Minister Narendra Modi.

Son of late poet Harivansh Rai Bachchan, the 76-year-old veteran actor has been a part of Indian cinema for over four decades and has received numerous accolades for his versatility in acting.

Last seen onscreen in 'Badla', Bachchan is a recipient of four National Film Awards for his roles in 'Agneepath', 'Black', 'Paa' and 'Piku'. He made his acting debut with 'Saat Hindustani'.

He was honoured with Padma Vibhushan - the country's second-highest civilian honour - in 2015.