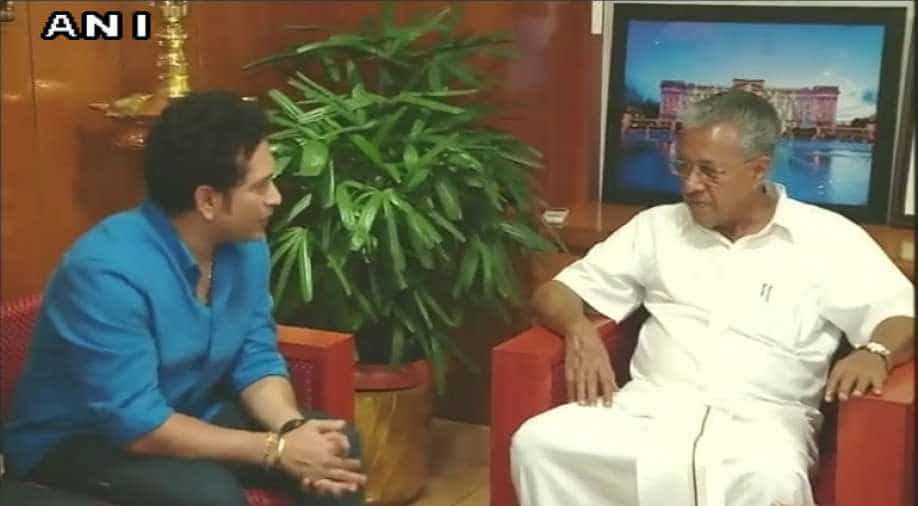 "I was here to brief him about the progress of Kerala Blasters and invited him for its first match in the ISL on 17th," Tendulkar said after the meeting. Tendulkar's wife Anjali accompanied him for the meeting.

Vijayan posted the photo of the meeting on his official Facebook page.

ISL, the franchise-based league, kicks off on November 17. While the final of the fourth edition of ISL will be held in Kolkata, the inaugural game has been shifted to Kochi.

The decision to host the final in Kolkata has been taken after its grand success in hosting the FIFA U-17 World Cup final recently.