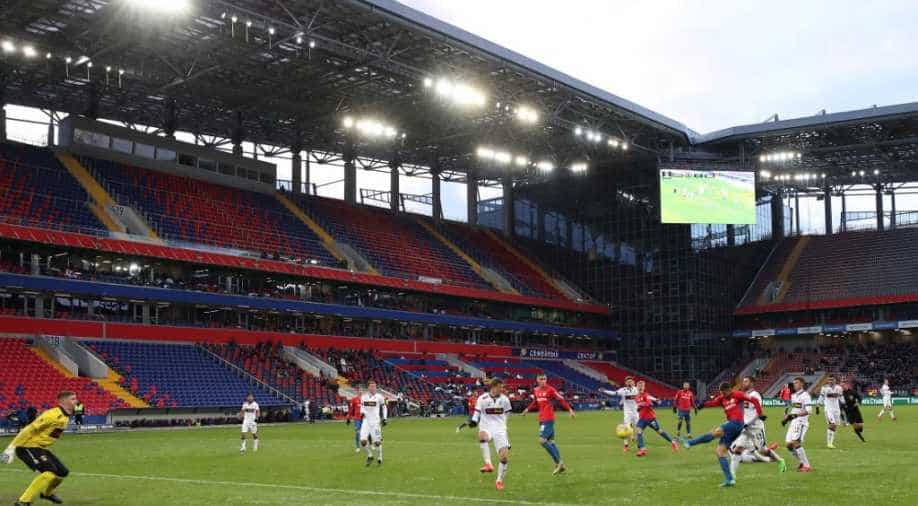 "The Russian Premier League season will resume on June 21," a statement said following a meeting of the Executive Committee of the Russian football association.

The final eight games of the remainder of the season will be played between June 21 to July 22 with four of the scheduled round of matches taking place in the midweek.

Matches will be played behind closed doors without spectators with the new rules of five substitutions coming into play in every match.

Along with Russian Premier League, the Olympic Russian Cup is also set for a restart with the final scheduled to take place on July 25.

ALSO READ: US sport edges back from virus shutdown with golf, auto events

As things stand, Russia are atop the league standings with 50 points off 22 matches whereas Lokomotiv Moscow are second with 41 points to their name. Krasnodar are sitting third with 41 points with FK Rostov and CSKA Moscow sitting fifth and sixth respectively. Orenburg, Rubin Kazan, FK Krylya Sovetov Samara and Akhmat Grozny are involved in a tight relegation battle, and it would be interesting to see how things pan out once the league is brought back to life again.