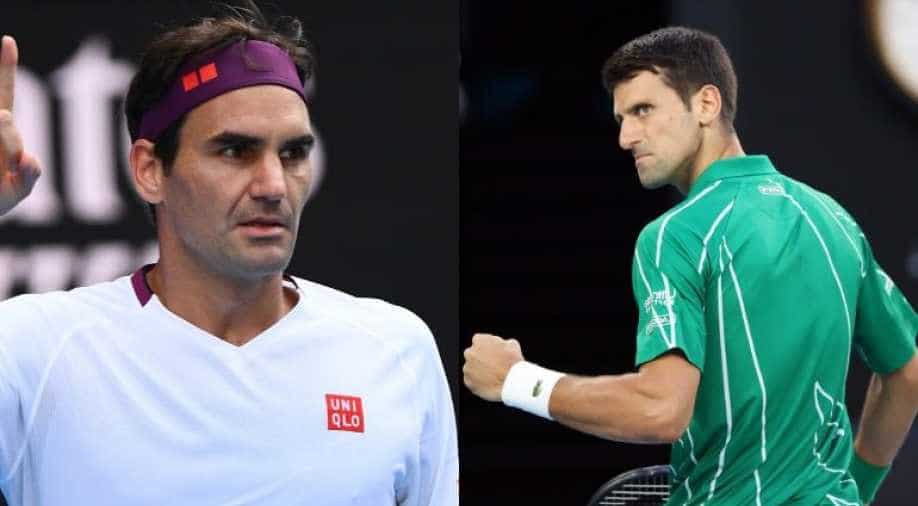 Both Federer and Djokovic now have 70 wins on the Parisian clay and the Serb will be gunning to go past the Swiss maestro on Saturday. In other Grand slams, Djokovic has won 75 (Australian Open), 72 (Wimbledon) and 75 matches (US Open) whereas Federer records 102, 101 and 89 wins respectively for the same.

If Djokovic defeats Elahi Galan on Saturday, then he will become the second player to have most wins at Roland Garros after Rafael Nadal, who tops the list.

After winning a record-equaling match at Roland Garros, Novak Djokovic said to reporters, “Grand Slams are obviously the biggest tournaments in our sport.”

Speaking about his achievements in Grand Slam events, Serb said, “Historically, they count the most. So, of course, winning that many matches in each slam are a great achievement, and of course, it makes me proud, makes me happy.”

The Serb has 17 Grand Slam titles after qualifying 26 times for the finals. Djokovic continuing his statement said: “Over the two weeks, it takes a lot of energy and effort to invest in winning a Grand Slam. It’s kind of a confirmation for me that I have been able to play my best tennis throughout my career in the biggest tournaments.”