Rivalry with Karpov 'created foundation of more than chess': Garry Kasparov to WION 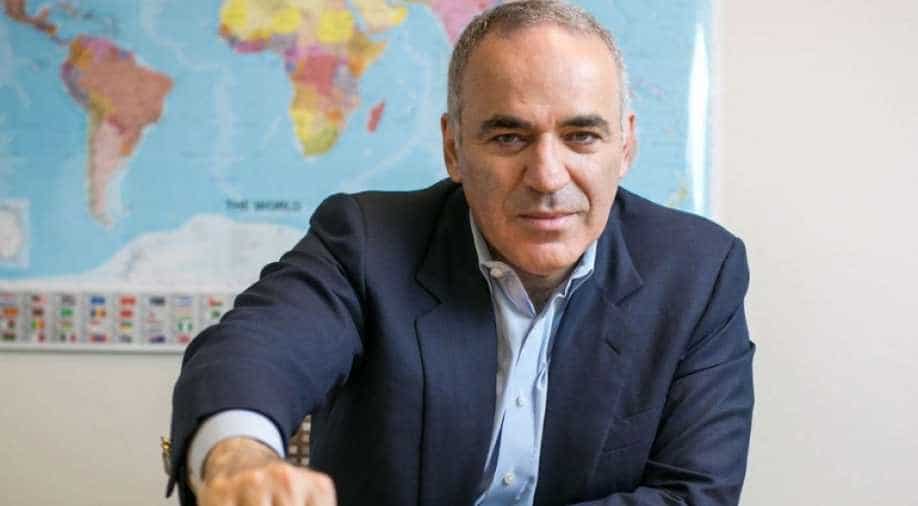 Garry Kasparov is a name that you would find at the top of the world chess rankings. For close to 20 years, the former world chess champion held virtually undisputed sway over the sport.

When asked how did he manage to stay at the top for such a long time, Kasparov said, "I'm quite proud of my chess accomplishments. The reason I managed to stay on top for so long is that from my early days, thanks to my mother, I looked at every game not just an opportunity to win and prove my superiority over my opponents, but an opportunity to find something new, to make the difference."

At the age of 22, Kasparov became the youngest ever undisputed World Chess Champion after defeating then-champion Anatoly Karpov in 1985.

Speaking about the mindset with which he used to play, the former World No.1 said, "Even if you are winning, if you are number 1 or you are on the top, there is always a challenge to come up with new ideas and better ideas and if you are just competing with your own excellence, you will never be short of opponents."

"For me even at the end of my career, every game was a chance to look for new horizons. I used to learn not only from my own losses, that were few, but also from the games I won," he added.

A player who was equally regarded as Kasparov was Anatoly Karpov. The World Chess Championship 1984 match between the two had many ups and downs, and a very controversial finish.

When asked whether he was his toughest competitor, Kasparov said they surely created the foundation of more than chess.

"We played five world championship matches, not counting the mini-games we played in the top competitions. And more than chess it was very much based on the experience that was allocated during our matches from 1984 to 1990. So, I can say we very much created the foundation of more than chess," he concluded.

Kasparov retired in 2005 and devoted his time to politics and writing. He formed the United Civil Front movement, and joined as a member of The Other Russia, a coalition opposing the administration and policies of President Vladimir Putin.