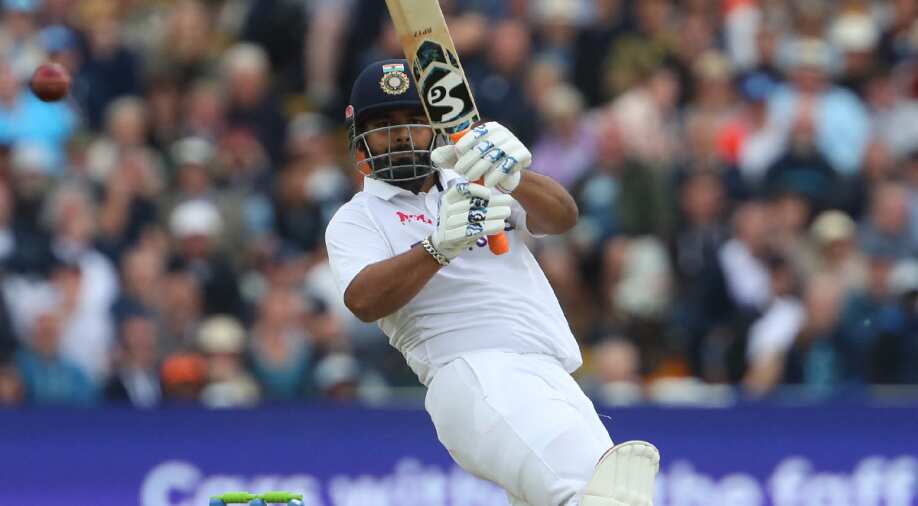 Rishabh Pant notched up a stunning century against England in the ongoing Edgbaston Test to help India bounce back after a disappointing start. Pant also broke MS Dhoni's record with his terrific ton.

Indian wicket-keeper Rishabh Pant took the England bowlers to the cleaners to notch up a stunning century in the ongoing rescheduled fifth Test between the two sides at Edgbaston in Birmingham on Friday (July 01). India got off to a disappointing start on Day 1 after England won the toss and asked the visitors to bat first in the all-important clash. However, Pant then combined with Ravindra Jadeja to help India fight back.

Pant came out to bat at number five when India were reduced to 64/3 inside 23 overs. The likes of Virat Kohli (11) and Shreyas Iyer (15) too departed in quick succession after Pant's arrival before the left-hander joined forces with Jadeja in the middle to steady the ship for the visitors.

Pant looked in fine form as he toyed with the England bowling attack despite India being under massive pressure after losing half their side on 98. He raced to his half-century off just 51 balls before stepping up the ante to complete his century in just 89 balls. He went on to break MS Dhoni's record of the fastest century by an Indian wicket-keeper in Tests with his 89-ball ton.

Dhoni had slammed a century off 93 balls in the Faisalabad Test match against Pakistan back in 2006 - a record which stood for 16 years before Pant broke it on Friday with his heroics against England. Pant has notched up four centuries in Test cricket so far in his Test career and is just one short of equalling Dhoni's record for most centuries by an Indian wicket-keeper in the longest format.

Dhoni scored 5 centuries in his Test career and currently holds the record for most hundreds by an Indian keeper in Tests. Pant has so far scored all his Test centuries overseas and is the only visiting keeper-batter to have scored two centuries on English soil.

After completing his century off 89 balls on Day 1, Pant continued his onslaught against the England bowlers and went on to slam 146 runs off 111 balls laced with 20 fours and 4 sixes. While he was dismissed by Joe Root in the final session, Jadeja remained unbeaten on 83 to take India to a strong total of 338/7.