Ricky Ponting condoles Shane Warne's demise, calls him the best bowler he ever played with or against 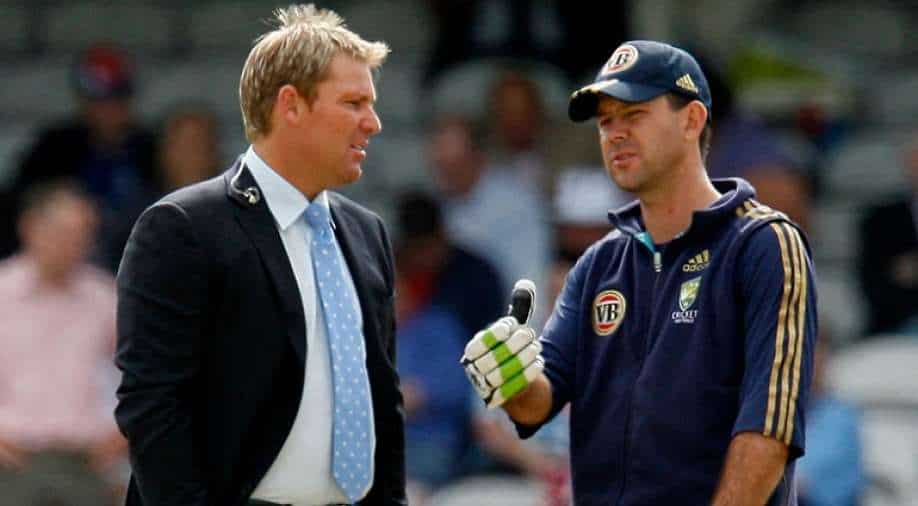 Shane Warne, 52, passed away on Friday due to a suspected heart attack. Photograph:( AFP )

Former Australia captain Ricky Ponting on Saturday condoled the demise of spinner Shane Warne, calling him the best bowler he ever played with or against.

Former Australia captain Ricky Ponting on Saturday condoled the demise of spinner Shane Warne, calling him the best bowler he ever played with or against.

Warne, 52, passed away on Friday due to a suspected heart attack.

"Hard to put this into words. I first met him when I was 15 at the Academy. He gave me my nickname. We were teammates for more than a decade, riding all the highs and lows together. Through it all he was someone you could always count on, someone who loved his family," tweeted Ponting.

"Someone who would be there for you when you needed him and always put his mates first. The greatest bowler I ever played with or against. RIP King. My thoughts are with Keith, Bridgette, Jason, Brooke, Jackson and Summer," he added.

Warne was one of the most influential cricketers in history. He almost single-handedly reinvented the art of leg-spin when he burst onto the international scene in the early 1990s, and by the time he retired from international cricket in 2007, he had become the first bowler to reach 700 Test wickets.

A central figure in Australia's ICC Cricket World Cup triumph in 1999, when he was player of the match in both the semi-final and the final, Wisden Cricketers' Almanack recognised Shane's achievements by naming him as one of its Five Cricketers of the Twentieth Century.

ALSO READ: 'We grew up idolising him, had his posters': Australia captain Pat Cummins reacts to Shane Warne's demise

Warne finished his international career with 708 Test wickets and a further 293 in One-Day Internationals, placing him second in the list of all-time international wicket-takers behind his great friend and rival Muttiah Muralitharan of Sri Lanka (1,347).