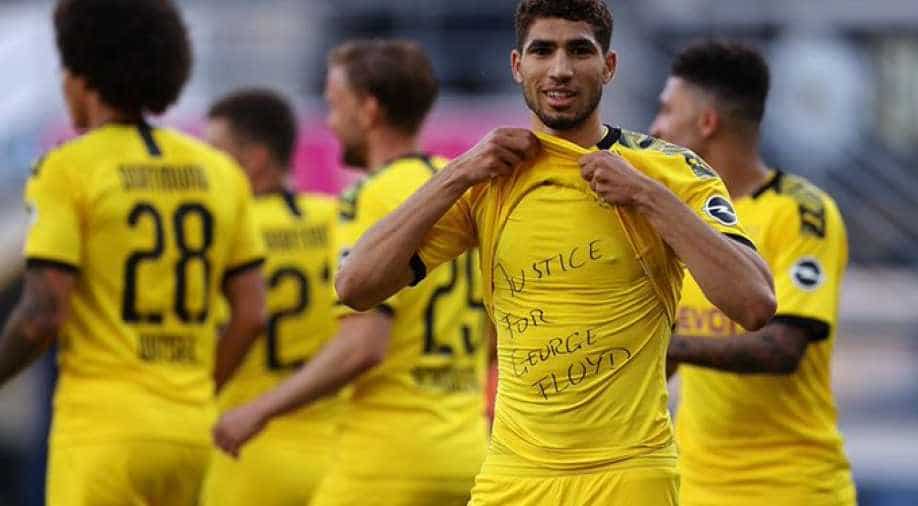 According to a report by AS, Hakimi is set to sign a five-year contract with Inter Milan.

Real Madrid's Achraf Hakimi is set to join Inter Milan after spending nearly two years on loan at Borussia Dortmund, as per newspapers AS and Marca said on Tuesday. The Moroccon right-back is set to join the Italian side after $56.05 million transfer deal.

Achraf Hakimi was photographed in Milan on Tuesday during his medical test for the club, he bid farewell to Dortmund in a letter posted on Instagram.

According to a report by AS, Hakimi is set to sign a five-year contract with Inter Milan.

Hakimi is a product of the Real Madrid academy. He made 16 appearances in the 2017-18 season. His career in the club was overshadowed by Dani Carvajal's performance.

Achraf Hakimi rose during his tenure in Borussia Dortmund. He scored nine goals and 10 assists in 45 appearances for the club this season.

"The moment has come to bring a great period of my life to a close," Hakimi wrote on Instagram.

"After two marvellous years, I have to leave this club which has given me so many happy moments."

Ricciardo limps away after big crash in practice